Rumor: Danny Strong to Write Both Parts of Mockingjay 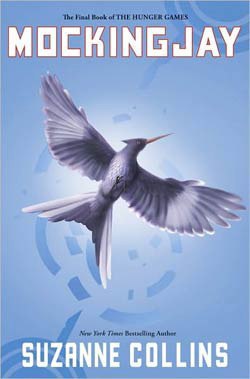 Here's some pretty nifty news if it ends up being true: Danny Strong (remember Jonathan from Buffy?), who just won an Emmy for Game Change, might end up being the writer for both Mockingjay Part 1 and Part 2. Check out what Variety had to say:

Strong was one of Variety's 10 Screenwriters to Watch in 2007 who won a WGA Award for writing HBO's 2009 telepic "Recount."

"Mockingjay" isn't the first time Strong has been tapped to adapt a bestselling book finale, as he was also hired to rewrite "The Lost Symbol" for Sony, Imagine Entertainment and director Mark Romanek. Book is a sequel to Dan Brown's hit thrillers "The Da Vinci Code" and "Angels & Demons." Scribe recently wrote "The Butler" for Lee Daniels, and he's also co-producing that historical drama. Additionally, Strong is writing a legal drama series inspired by a famous father-daughter lawyer duo for CBS, Robert De Niro and Jane Rosenthal's Tribeca Prods. and director David O. Russell. He started his career in front of the camera, with recurring roles on "Buffy the Vampire Slayer," "Gilmore Girls" and most recently, AMC's "Mad Men."


Although we are starting to see more and more media sites report on this, this is still a rumor until Lionsgate confirms!

In the meantime, if you are looking to see a fan's view of how Mockingjay should be split, be sure to check out our series Mockingjay Mockup.