Lionsgate to Bring Us "The Hunger Games: The Exhibition" Summer 2015 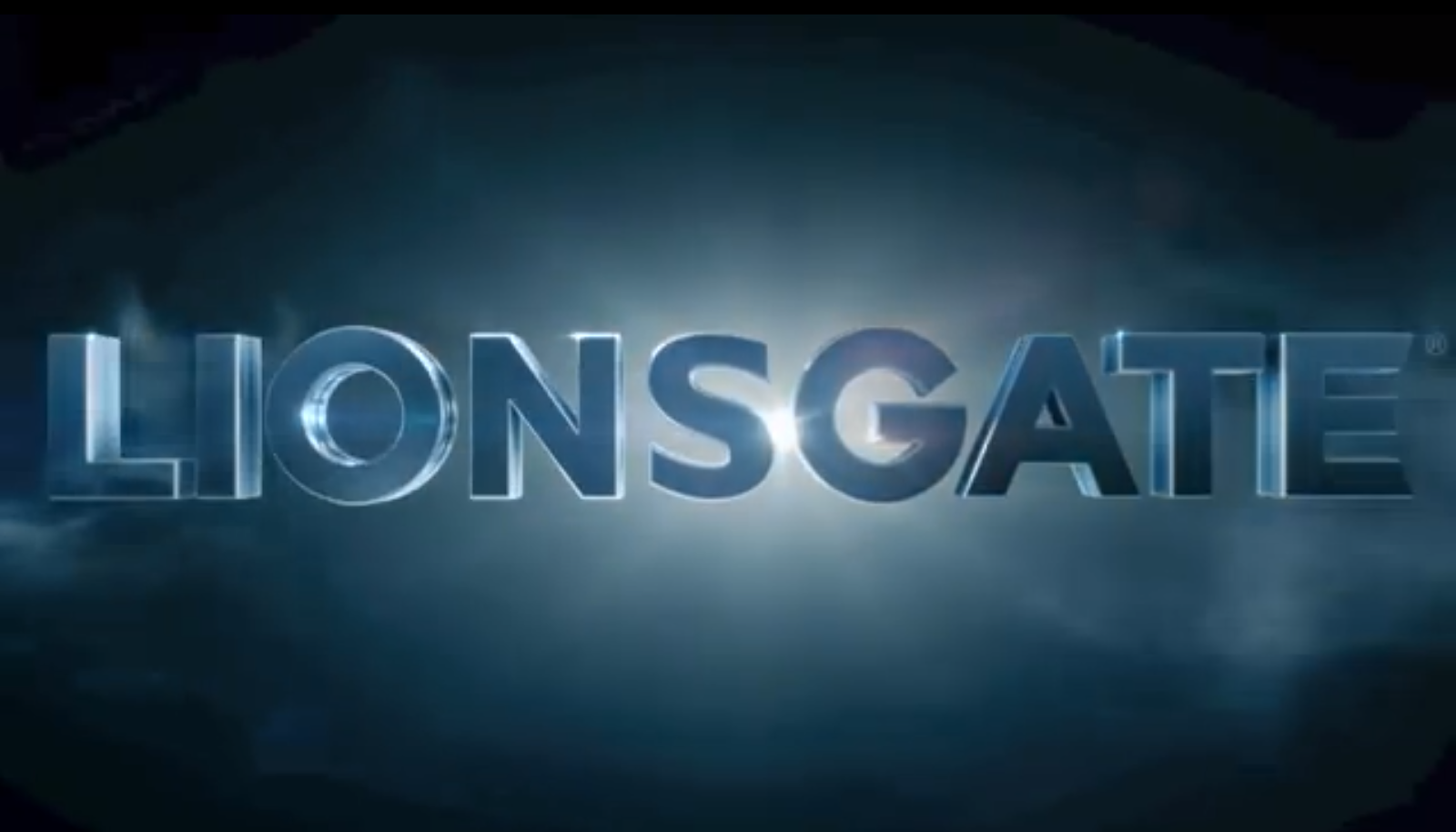 Lionsgate announced a touring exhibit The Hunger Games: The Exhibition, which "will include interactive displays of authentic costumes, props and other elements of the world of The Hunger Games".


“The Hunger Games: The Exhibition” will launch several months ahead of the November 20, 2015 worldwide release of the fourth Hunger Games film, The Hunger Games: Mockingjay – Part 2, and will incorporate artifacts featured in the first three films from locations within the Capitol and the various Districts of Panem. The exhibition will be featured in major museums and institutions across the country and will be supported by a multimedia promotional effort and nationwide advance ticket sales.

“Now that we’ve built a critical mass of intellectual property, we’re committed to extending our brands into exciting new businesses that create opportunities for our fans to engage with our properties at the same time they deliver significant incremental financial benefits to Lionsgate,” said Palen. “We’re thrilled to launch this initiative with the U.S. tour of The Hunger Games exhibition, which celebrates the world of The Hunger Games and offers Hunger Games fans an extensive behind-the-scenes look at the movie-making process.” He noted that the exhibits will also be paired with local school curricula, and nearly all aspects of the tour will be interactive.

No news yet of where exactly the exhibit will stop, but we'll keep you posted once we find out!

For the complete press release, see below: 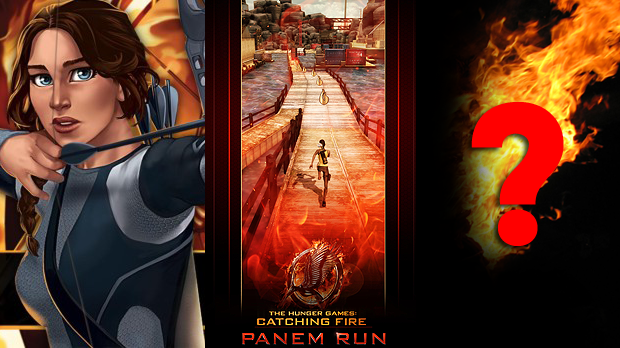 Today, Lionsgate and Kabam announced that they will be working together to bring us a mobil game based on The Hunger Games. No definite name yet, but here's the description:


Kabam will produce an exclusive role playing, card collection mobile game that will deliver the action of the blockbuster film into the hands of avid fans around the world. In the game, players assume the identity of District members sent on a mission in order to build their alliance, liberate their District, and rebuild Panem.

For those that don't know, Kabam is the creator of The Hobbit: Kingdoms of Middle Earth. We're big fans of video games here at Welcome to District 12, so we're thrilled by this news.

Check the press release below for more info:

Check out these pictures of the cast at the Mockingjay Pt 1 photocall and party! 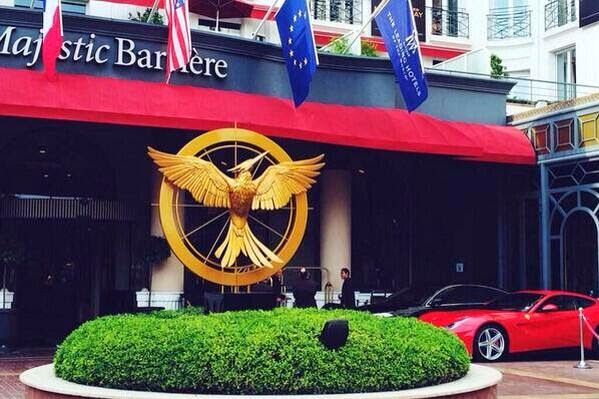 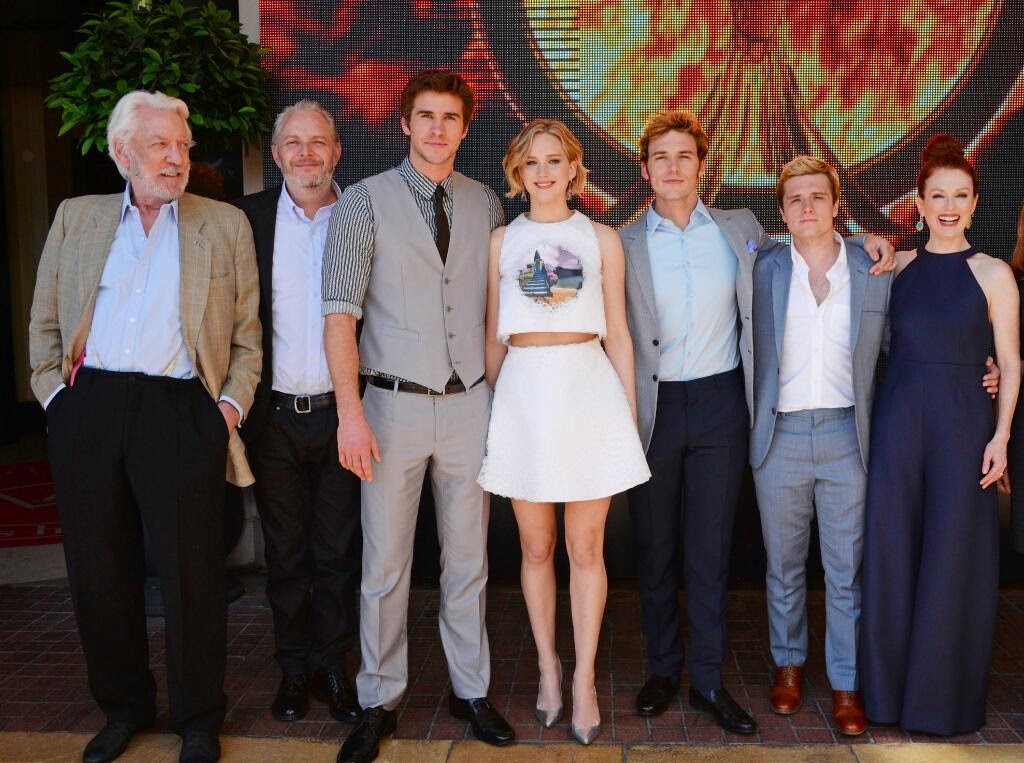 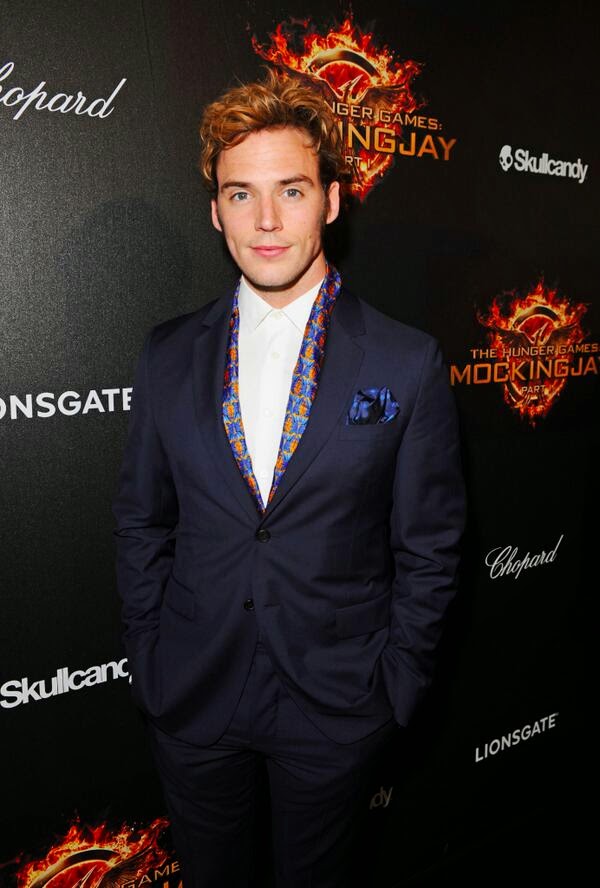 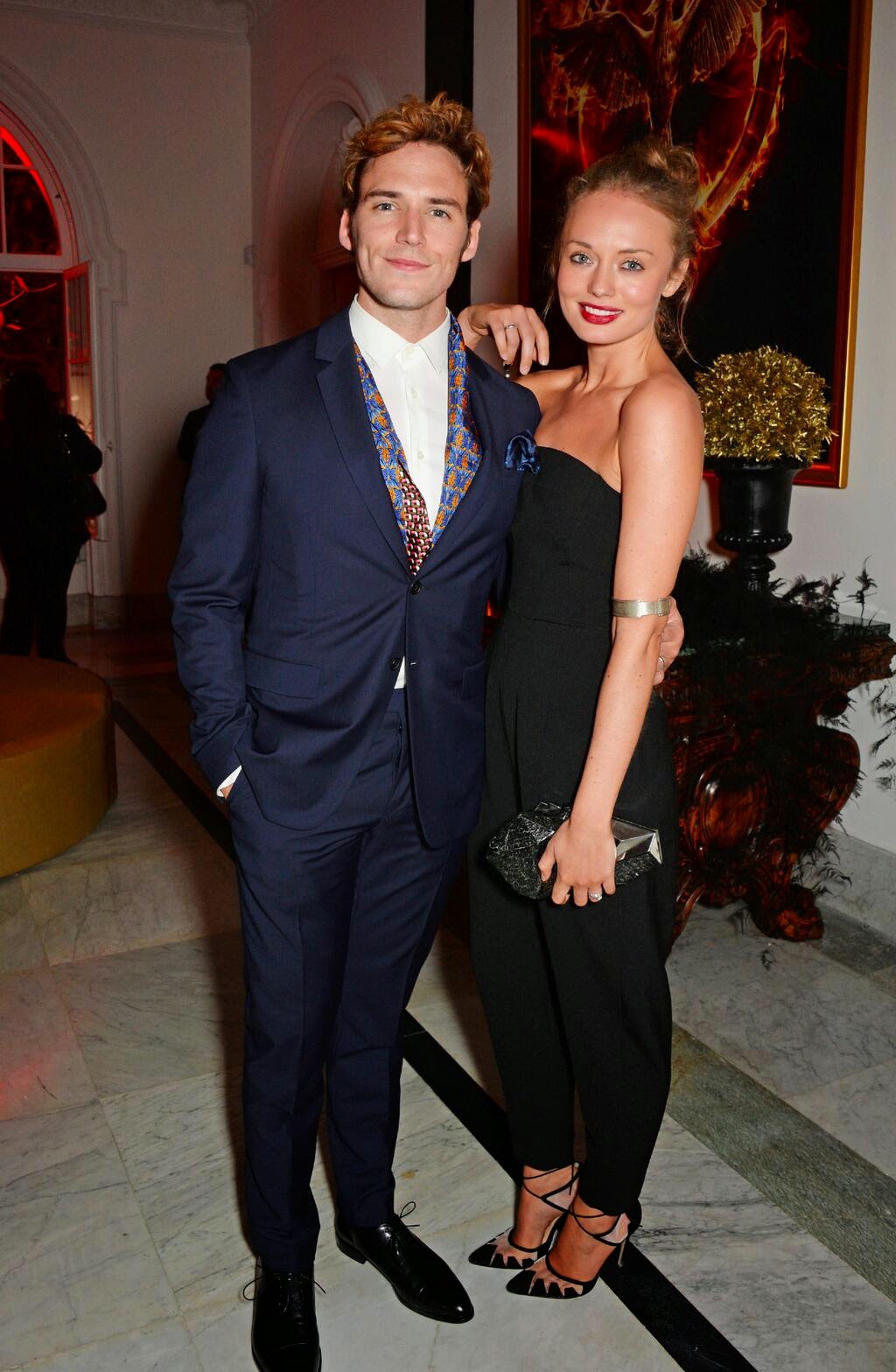 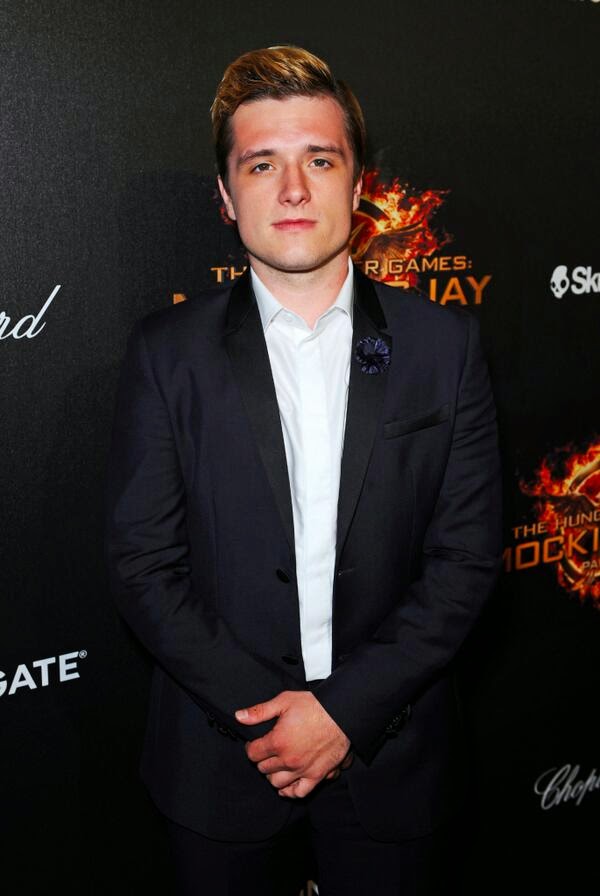 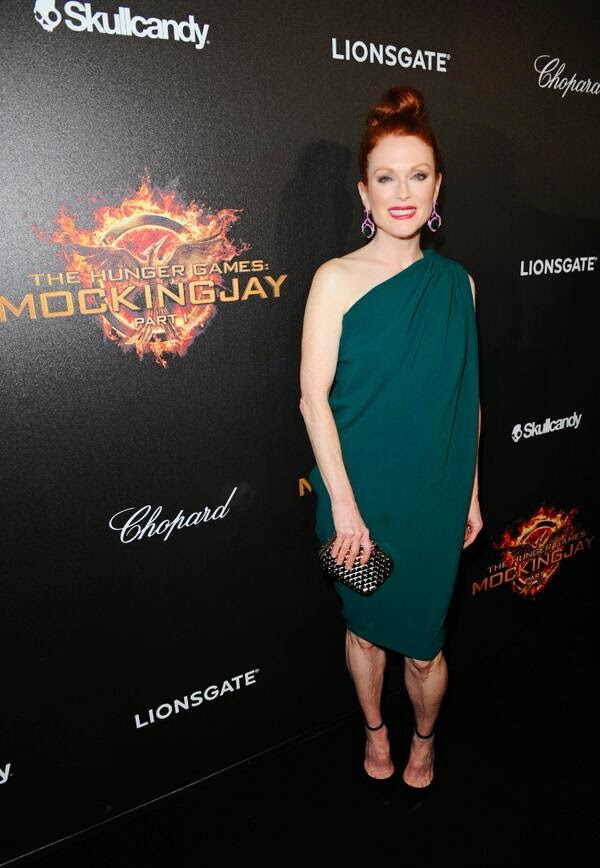 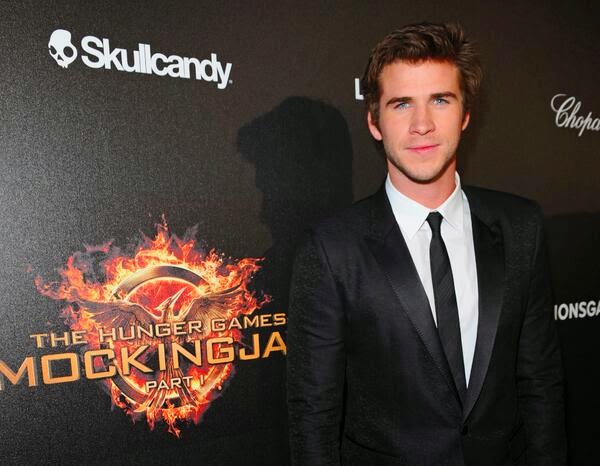 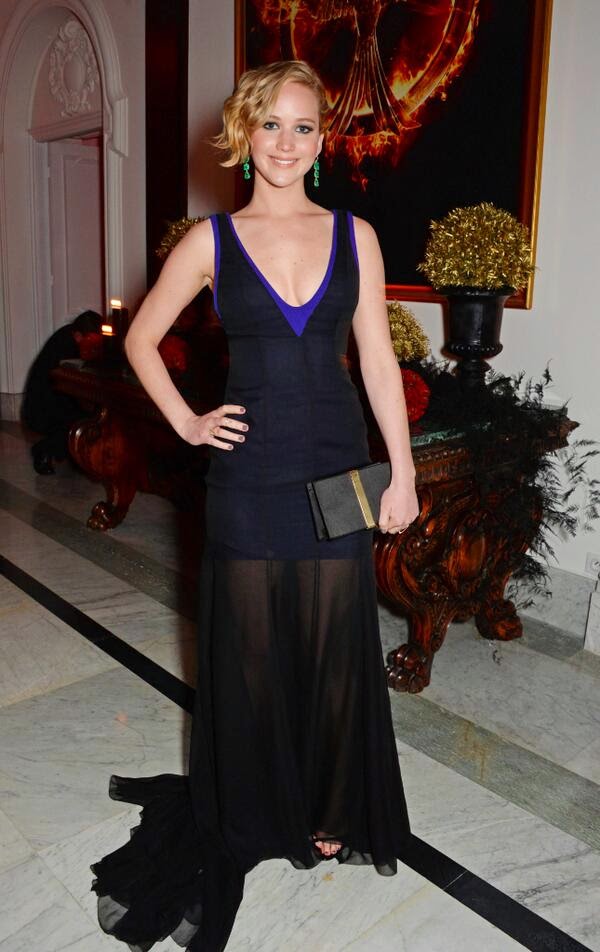 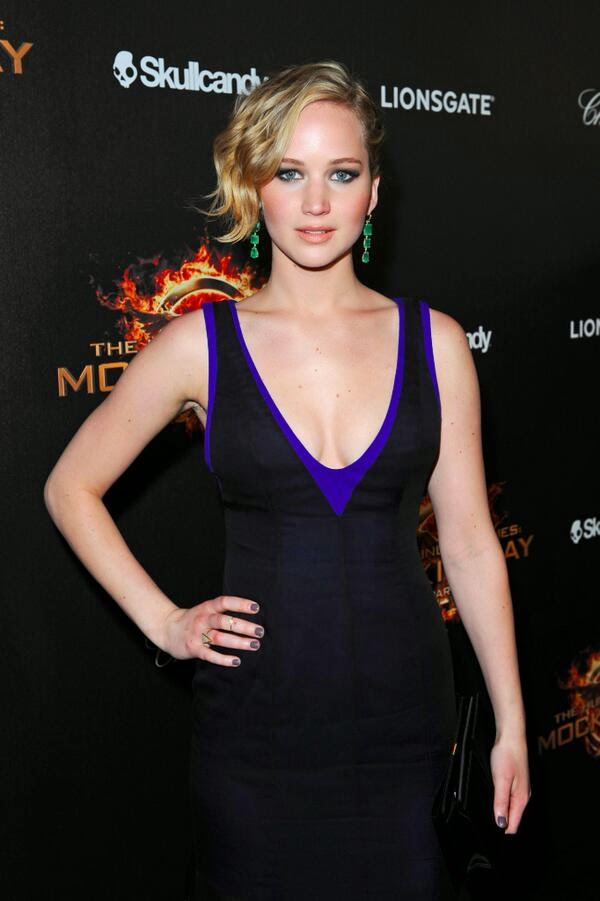 Make sure you're following @TheHungerGames on Twitter for more official news and pictures!

Motion Poster + Win A Signed Page from the Official Script

You might remember this from the very end of Catching Fire!

Lionsgate has revealed exclusive content from the upcoming Mockingjay Part 1 and you guys, there's SO MUCH STUFF that I barely know how to begin!

First off, we have the super new, super cool, super awesome website TheHungerGamesExclusive.com, along with the trusty Hunger Games Explorer where ALL the new content can be found.

What new content, you say? WELL, to start off, there's this. The first look at Julianne Moore as Alma Coin: 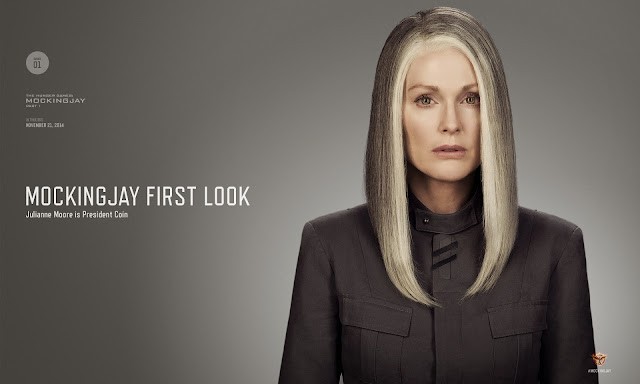 and then, here's a short interview with Julianne Moore:

and THEN, here are some stills and other pictures (spoiler alert: they look AWESOME)

And then there's the Filmmaker's Roundtable with Peter Craig, Nina Jacobson and Francis Lawrence which I admittedly haven't read yet, but am very much looking forward to after skimming through just now. You can also read a page from the official script! 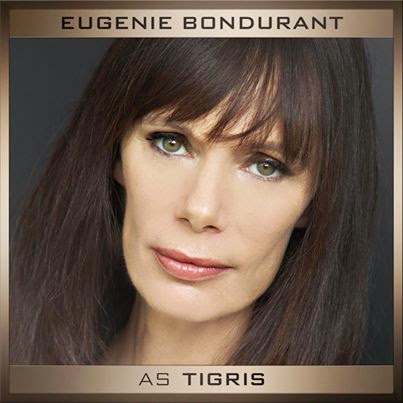 A while ago, Nina Jacobson tweeted about Tigris' amazing make-up transformation and her super cool shop, and now we finally have a face to the character!

Eugenie Bondurant will play Tigris, the tiger-like Hunger Games stylist-turned shopkeep who hid Katniss, Peeta and the rest of (what was left of) Squad 451 in her cellar.
Posted by Janine at 1:02 PM

WATCH: X-Men Days of Future Past Clip with Jennifer Lawrence

We saw Amazing Spiderman 2 the other day, and was super stoked to see an X-Men Days of Future Past clip at the end of the credits. Don't you just laugh hysterically at all the "normies" leaving the theatre? HELLO, IT'S A MARVEL MOVIE!! Does a bear crap in the woods? Of course there is a post credits scene!!

Anyway, this one features Jennifer Lawrence as Mystique so needless to say..... awesomeness. 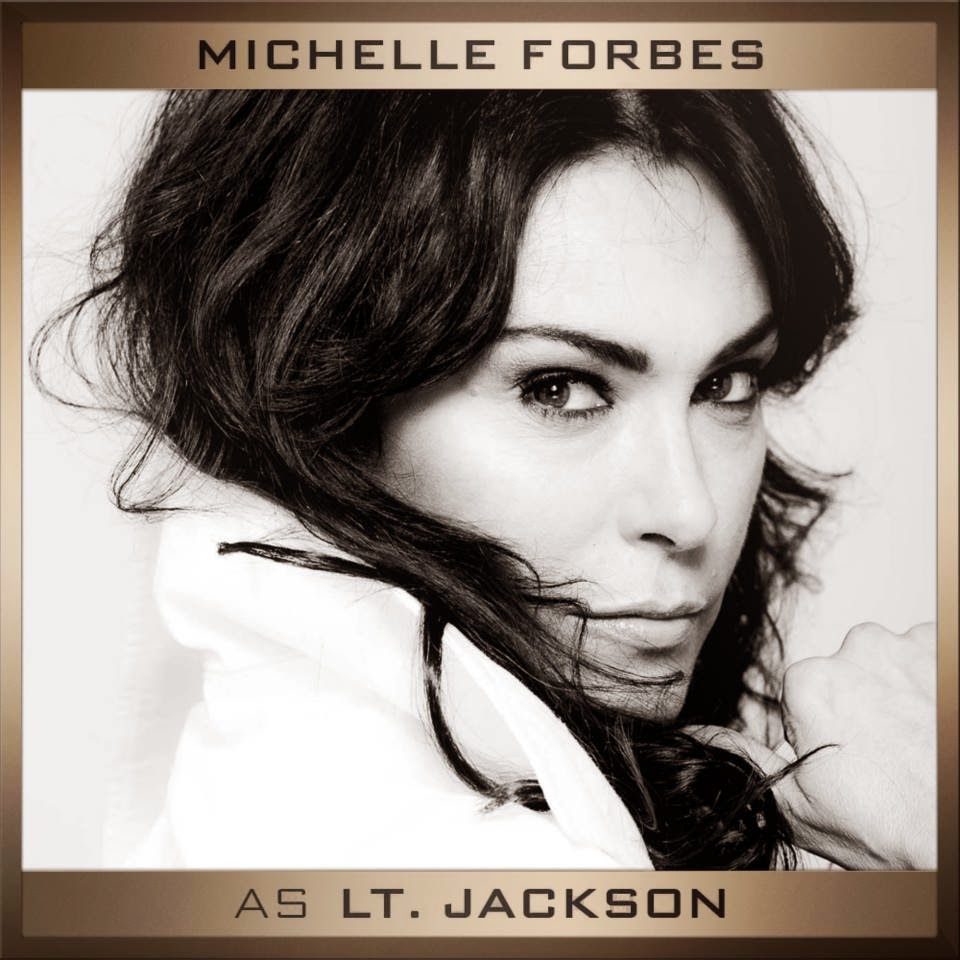 Though filming has been underway for some time, Lionsgate has just announced another addition to The Hunger Games: Mockingjay in Michelle Forbes.

The actress will play Lt. Jackson in the second half of the two-part finale.

In the books by Suzanne Collins, Jackson is a soldier from District 13. She becomes a part of Squad 451 as a sharp shooter alongside Katniss, Finnick, and Gale. She also helps Peeta get his memory back by playing a real-or-not-real game.

Forbes’ IMDb had listed Mockingjay as one of her credits for some time, but the news of her casting wasn’t confirmed until today.

I hope this is the start of some kind of trickle of news/teaser stuff after a (not so) long period of drought!
Posted by Janine at 10:32 AM