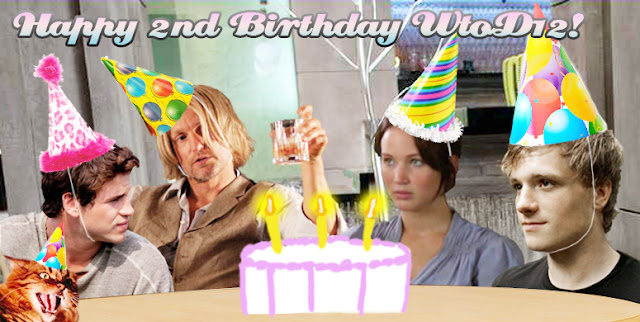 It's our 2nd birthday! HUZZAH! Two years ago today, we started our Hunger Games journey on Tumblr posting news, opinions, and discussions with other Hunger Games fans. Since then, we have had some CRAZY cool opportunities and our lives have completely changed! Before we get into giveaway details, we look back at our favorite moments in the past year:

We wanted to do a special giveaway for the occasion, so here is what you could win: 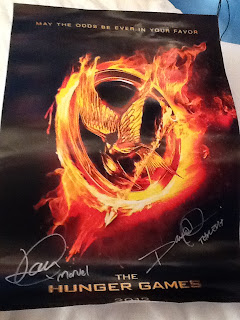 A Hunger Games mini poster signed by the hilarious duo that is Jack Quaid and Dayo Okeniyi! We got this signed at the midnight release party where we had some serious fan site bonding.

So how to enter? Well, just fill out the form below and you'll be entered! The more social websites of ours you follow, the more entries! And of course, may the odds be ever in your favor.