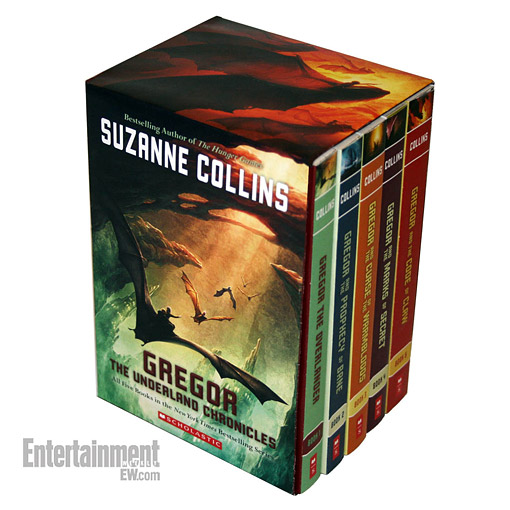 Entertainment Weekly has unveiled the new look for Gregor The Underland Chronicles by Suzanne Collins!


Before The Hunger Games, Suzanne Collins not only wrote for TV shows like Clarissa Explains It All and The Mystery Files of Shelby Woo, but she also dreamed up another literary world for a slightly younger set of readers with The Underland Chronicles. The five-book fantasy series follows Gregor, a boy who discovers an underground city that’s home to giant spiders, bats, rats, and cockroaches as he finds himself on a search for his missing father. Like The Hunger Games, Gregor’s adventures explore larger themes, like war, biological warfare, and even genocide. If you missed The Underland Chronicles the first time around, you can get a new edition this summer, and EW has the first look at the cover art.


Will you be buying this new box set?