As with most (all?) Hall H Panel stories, ours starts the day before.

The Mockingjay Part 2 Panel is on a Thursday around noon. It’s late morning Wednesday when Courtney and Tiffany arrive in San Diego and camp out at the Hall H Line. They hang out there for a while, making friends, making sure Denise and I get there on time, taking pictures... 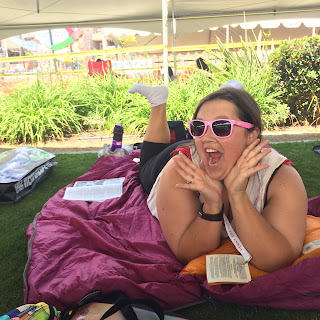 Denise and I are still stuck in traffic at this point so that’s not exciting. Tiffany and Courtney then head to the Lionsgate mixer to hang out with our Lionsgate and other fansite friends somewhere on a hotel rooftop. Willow Shields (who plays Prim in the movies, in case you might have missed that. We love her.) heard about the mixer and decided to join everyone! 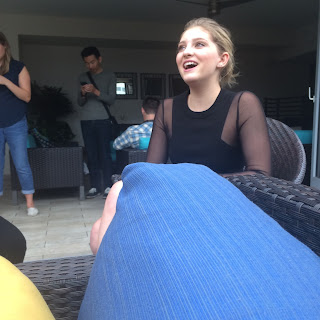 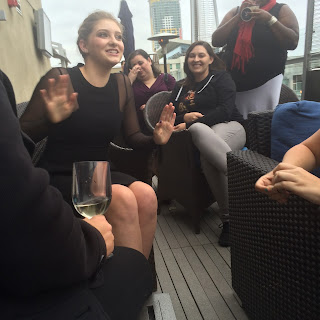 She stayed for about 40 minutes where everyone discussed Dancing With the Stars, Jennifer Lawrence, and theme parks among other things. 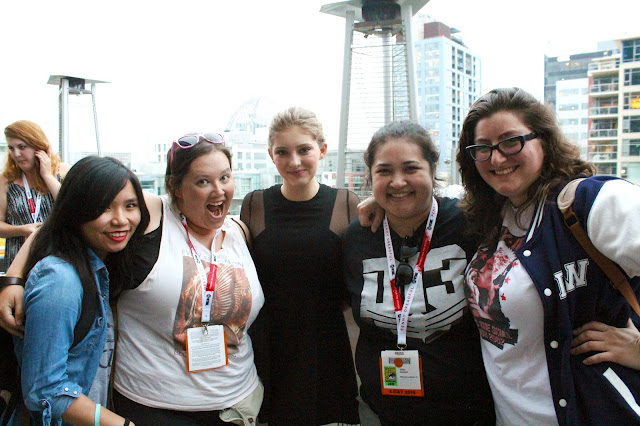 Denise and I got to the mixer just in time to take this site picture with Willow! 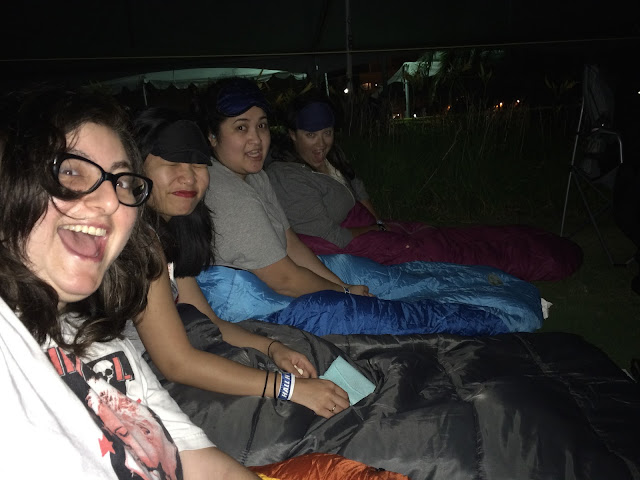 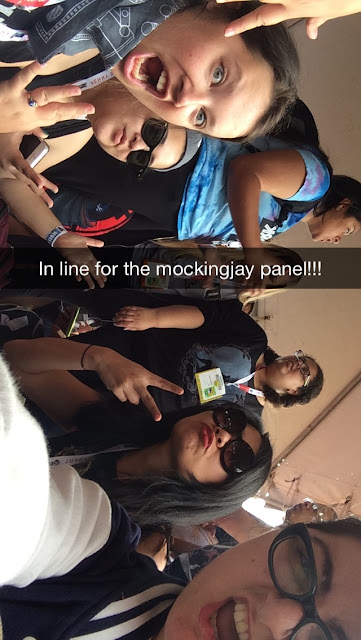 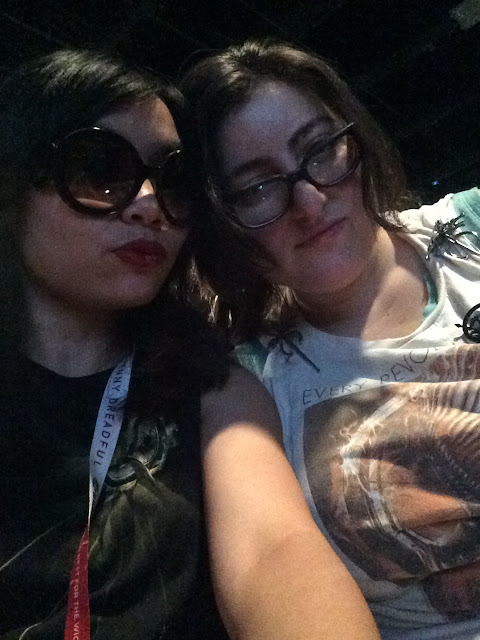 And then we were in.

(HQ pictures from the panel are in the gallery below, so this recap won't have a lot of pictures.)

Mockingjay Part 2 was the second panel of the day. From the time we noticed the drums they set up on the stage, we knew it was going to be awesome.

The panel started off with the Stand With Us Propo, with the live drummers on stage and in the aisles (behind where we were sitting) accompanying the drumming onscreen. It definitely upped the intensity and made the whole thing more moving.  Check out this video we took of the drums onstage:

The drummers on the stage! #Mockingjay #mockingjaysdcc #unite #sdcc
A video posted by Welcome to district 12 (@welcometodistrict12) on Jul 9, 2015 at 1:22pm PDT

After the propo, Conan O’Brien, who was moderating introduced Francis, Nina, Willow, Liam, Josh and Jennifer. With a quick comment about the movie from Francis (“Katniss is back into action and she’s coming after Snow with Squad 451”) and a short intro, we were shown the newest trailer (which will be out IN A WEEK! We’re all excited to see it again!).

It’s kind of hard to describe the trailer without giving away any spoilers, which we don’t want to do since when we saw it for the first time not knowing what was going to be in it was very emotional and moving for all of us and we want you to experience it the same way. We will tell you though that it was amazing and that we cried both times they showed it to us!

And then it was time for the panel! We livetweeted it, so you can check out our twitter for it. Everyone was funny and adorable as usual, and we learned quite a bit about the movie. Some highlights include:

In Mockingjay, there was a lot of material between the climax of the book and before the epilogue. What were the challenges you faced in adapting that section of the book? Which Nina Jacobson answered with: Finding the balance between taking time for emotion and propulsion towards the end was a challenge.

In case you were wondering what Nina thought of the question:

They showed us the trailer again at the end of the panel and right before they got up to leave, Josh took a second to thank the fans and tell us they love us.

This was my first ever Comic Con and Mockingjay Part 2 was the first big panel I saw and I was definitely blown away not only by the stuff they showed us but also at how fun and informative and IRL adorable the whole thing was! Kind of bittersweet that this will be their last Comic Con panel ever, but what a way to go! Check out our Mockingjay Part 2 @ Comic Con 2015 Gallery: