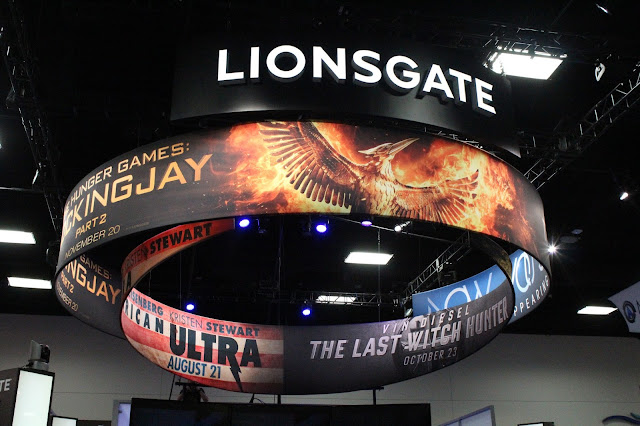 San Diego Comic-Con was last week and the whole Welcome to District 12 team was there to soak up all of the Mockingjay goodness!! We camped out every night, and captured all we could of Mockingjay's last presence at the con. If you haven't already, make sure you check out our post about the Mockingjay Part 2 panel complete with photo gallery, which has lots of adorable cast moments.

Inside this edition, we will go over what the Lionsgate booth had to offer and take a look at some totally rad cosplay we found around the convention!

It seems as if Lionsgate has finally got the hang of their booth design in terms of crowd control. A couple years ago, the booth had to get shut down several times due to Mockingjay pin mobs. That didn't seem to be the case this year, at least in our experience. Whenever there was a freebie line happening it could get long (sometimes wrapping around the whole booth more than once), but you could always get to the back of the line and the wait was reasonable. 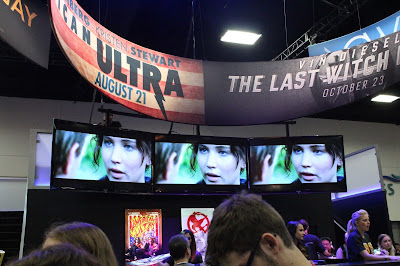 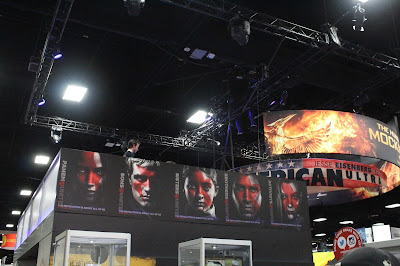 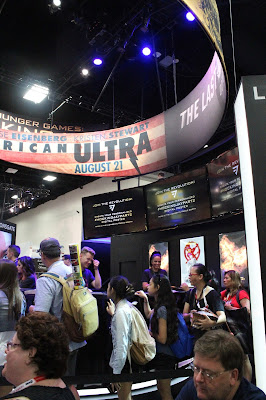 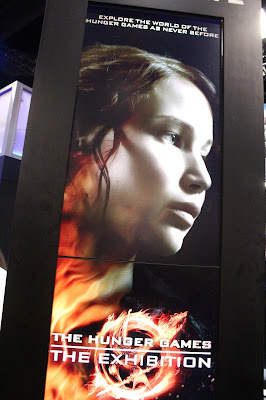 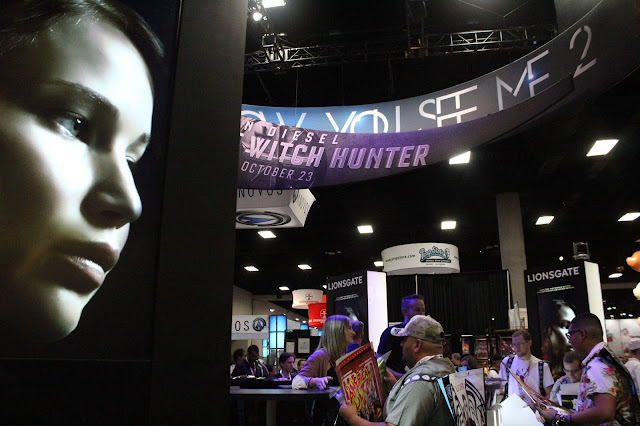 Lionsgate gave a lot of mini posters for their various films coming out soon, including the war paint portraits for Mockingjay Part 2. Every freebie giveaway was different in terms of which war paint mini poster they gave out, but the most coveted item was the newest ringless Mockingjay pin.


We managed to pick up some extras so hopefully, we will have a giveaway soon? 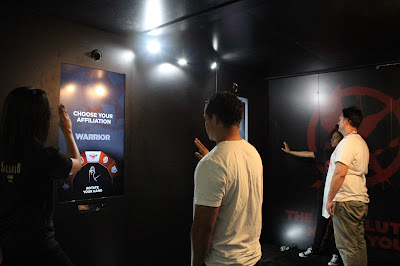 The photo booth allowed SDCC goers to get their Mockingjay war paint and send it to their socials. Using XBOX Kinect, fans used the three finger salute to select their affiliation and pose for the camera. After this step, fans entered their information to be emailed their photo and chose whether or not they wanted their photo to be included in a massive fan poster. Here's how ours turned out:


Lionsgate did an excellent job with their booth for the last Hunger Games installment. It was well designed for large crowds, Mockingjays everywhere, and with rebel soldiers stationed at all times: 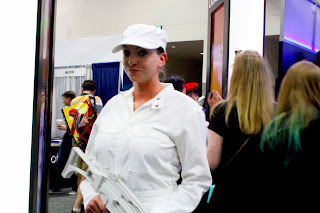 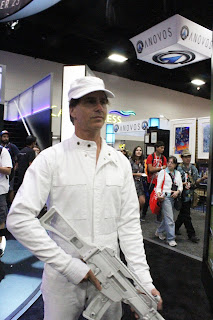 Lastly, Lionsgate added one last small touch that might have gone unnoticed by some convention goers. If you waited in line for the photo booth, the overflow line went along the convention center wall. When you got towards the front of the line, the staff had to communicate to each other when to send a few people from the wall into the normal line amidst the busy foot traffic. The staff used THE THREE FINGER SALUTE to signal when to send more people over to the photo booth line. I was just beside myself when I witnessed this, and I give Lionsgate major props for being so creative and faithful in terms of how the booth was run. It's too bad that Mockingjay won't have a presence at SDCC next year.

We only managed to spot a few dedicated hard core cosplayers at the convention, but that doesn't mean that there weren't tons there! We saw hordes of fans sporting Hunger Games gear, but here are a few that really caught our eye:

Comic Con 2015 was a blast, and we're sad we will no longer be celebrating the movies at the con, but there will always be cosplayers representing for years to come!

Mockingjay Part 2 Panel in Hall H
Posted by Welcome to District 12! (Courtney) at 10:00 AM