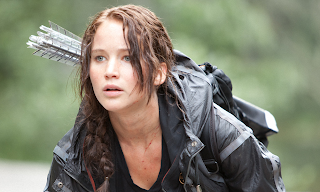 Over the last quarter century, MTV's Video Music Awards have provided the world with some of its most famous pop culture moments, from Britney's "comeback" performance to Kanye West crashing the stage during Taylor Swift's acceptance speech.


This year, you can add "The Hunger Games" to that list of milestones. NextMovie can exclusively confirm that this year's VMAs will feature the world premiere of the first ever footage from the most anticipated film event of 2012, introduced by star Jennifer Lawrence herself.