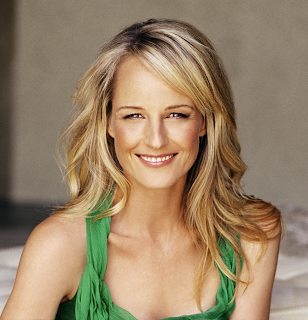 It's another edition of "Campaigning for Coin"! We're looking at Alma Coin hopefuls, and today we look at Helen Hunt. As you read these posts, please comment on who your fan cast for Coin is!
*SPOILER ALERT!*
Welcome to District 12

Courtney/Tiffany: Helen Hunt is a great choice for Lionsgate and fits the criteria for what they've been looking for in casting Coin hopefuls. She's a seasoned Oscar-winning actress who has played strong women, not so strong women, and isn't type cast in evil-ly roles. As Coin, you might not assume whether she is good or evil. Lastly, Helen Hunt and Philip Seymour Hoffman have a history in being in the best movie ever (TWISTER!!) so there's that too.

Down With The Capitol

Flo: The first thing I think about when I think about Helen Hunt is Twister. And I can't quite explain why that sold me on her for playing Coin, but it did. In talking with a friend, we came up with the realization that Helen Hunt usually plays characters who are strong...but also broken. There is a depth and complexity to how she plays her roles -- you can always tell that something more is brewing underneath. I think this quality is perfect for Coin. Hunt would nail it at the beginning, where we can see a strong woman who has built something big from nothing in 13....but at the same time, I think she could pull it off where she'd give you the feeling -- just the feeling -- that something is not quite as it seems with her. Then at the end of Mockingjay, when Katniss -- and we -- recognize what it is that is really motivating her: as the drama gets more intense and the stakes get higher she will slowly start showing the underneath. I think she would do it well.

Sheila: Jessica Tuck is one of my favorite fan casting choices to play President Coin. Best known to me as Nan Flanagan (the Vampire Spokesperson) in HBO's True Blood series, Jessica is easily able to play someone in a position of authority with a great deal of political power, while having an agenda behind her agenda. On screen she easily plays the part of the well spoken politician, but behind the scenes switches her persona to be one of the most ruthless vampires they have on the show. Jessica's character does what she does to get the job done and doesn't apologize for it. She believes in her power and her right to wield it. In my opinion, if Jessica's ability to play this type of character doesn't scream President Coin, I'm not sure what does.

Crystal: I admit, the news about Julianne Moore possibly being Coin depressed me. Jessica Tuck has been the Coin in my head for at least a couple of years now. If you're not sure who she is by name, she plays Nan Flanagan on True Blood and boy is she awesome at being curt, cold, and to-the-point. No matter who is cast for the part, if it's not Jessica Tuck, I'll probably keep seeing her as Coin. I'll probably even pretend it's her while watching the movies, that's how badly I want her to be Coin!

Colleen: I have a hard time picturing Helen Hunt as Alma Coin. I still picture her as the mother to AnnaSophia Robb’s Bethany Hamilton in Soul Surfer, trying to be strong & take care of her family through a crisis. Or as football-loving Tami Maida in Quarterback Princess, who just wants the opportunity to play football like one of the guys. The characters Helen Hunt portrays are strong, but not cruel or manipulative. She just seems too kind and honest to be the calculating Alma Coin. She doesn’t have the dictatorial attitude of Alma Coin, nor does she seem believable as someone who would do anything & everything to achieve her goals.

Tiffany: When it comes to Helen Hunt I have mixed feeling about her acting abilities. I REALLY liked her in "The Sessions", "As Good As It Gets" and "Pay It Forward". "Twister" was a fun movie but nothing to really show off her acting abilties.I have yet to see her in something that could prove to me that she would make a great "Coin". A performance so different that it would stand out from the rest to prove to me that she could play a role as challenging as "Coin". I feel like it would take a stronger actress to play "Coin", not just in acting ability but in the way she holds herself as a person. I actually think that Helen Hunt has too kind of a face. I know she is a good age for this role but she just doesn't look it. Nor do I think she could act it at this point in her career.

Jacqui: What comes to mind when you think of Helen Hunt? For me, the girl next door, or the nice woman. I don't see her as Alma Coin, mostly because I don't see a huge range in what she has done so far. In fact, it's hard for me to see her as much more than Paul Reiser's wife (Jamie Buchman) in "Mad About You". She has played some touching roles in movies such as Pay it Forward and Cast Away and she's had some great reviews for her latest movie, The Sessions. I have to admit though that I kind of shrug as I just can't get past thinking that she's just too damn sweet. She's OK, even pretty good, but for me, just not great.

Molly: Helen Hunt has been out of the limelight for a while. Working as an actress since she was a child, she became well known for her award winning role as Jamie in the 90’s sitcom Mad About You, then went on to movie stardom in films such as As Good As It Gets, Pay It Forward, and Cast Away. She came back with a vengeance last year after being nominated for an Academy Award for her turn as sex surrogate Cheryl in The Sessions. (Also memorable to this fandom because it we’ll forever think of it as “Jennifer’s Academy Awards.”) So for me, it would be perfect timing for Helen Hunt to play Alma Coin. She has the look that could edge easily into icy severity, and she definitely has the acting chops: she’s one of only 2 women in history to have won an Oscar, an Emmy, and a Golden Globe in one year. But that’s me. Arowana says: I hate this idea with the fire of a thousand suns because Helen Hunt is the downtrodden woman forced to make out with Hollywood's creeps (Jack Nicholson, Mel Gibson). She's a Princess! Not a Prim Murderer! Now if at any point they decide to do a Jack Nicholson Campaign For Coin, I have a lot of opinions on that too! I'm just saying he would be better for the role than Helen Hunt. Apart from that I'm totally with Molly in every way.

Lee: Helen Hunt is definitely a versatile actress. Though most, if not all, of her roles have been portraying vulnerable women, they've also been infused with highly intelligent and focused characters. She might be able to physically embody Coin - with white blonde hair and sharp blue eyes, I can see where she would look like a good candidate for the role. However, I just don't see her in the role of President Coin. Ms. Hunt's characters historically have been so full of an internal, emotional life, I just don't imagine her as Coin - her innate humanity is in every line, which is completely counter to what a memorable President Coin performance should be.

Rebekah: When I think of Helen Hunt in the role of Alma Coin I get happy flutters in my stomach. To start things off you should all know I've been a Helen Hunt fan since the '80s, when she graced us with her presence in Girls Just Want To Have Fun, and forever made us wonder just how to do such wonderful things with our hair. Seriously, check out Helen's hair in that film, it's epic. However, to everyone else Helen's claim to fame is likely Mad About You, the sit-com she starred in for nine years, and won four Golden Globe for. If you were born in the '90s though, Mad About You probably never crossed your path, which makes me sad in my soul, because it was a very well done show, it had amazing guest stars like Carol Burnett, and probably one of the best sibling dynamic relationships depicted in its 28 minute format. Anyway, Mad About You was an awesome show, and it was awesome in part because of Helen's talent. Since Mad About You went off the air in 1999, Helen's made a name for her self by doing a butt load of drama, and surprise surprise-- she's won, and has been nominated for her dramatic work numerous times. Truth be told, Helen Hunt is kind of an ideal candidate for Coin to me, and mostly due in part to her incredibly diverse dossier. Like Julianne Moore who was featured some weeks ago, Helen hasn't played the same type of character twice outside of her regular gig on Mad About You. So, push comes to shove, out of the collection of women who have been covered in this series, I say Helen Hunt is one of the best names to come out of the woodwork, and I'd love to see her rise to the challenge of going head to head with Jennifer Lawrence.
Posted by Welcome to District 12! (Courtney) at 9:00 AM