Is a Lionsgate/Summit Merger on the Horizon? 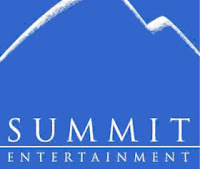 Maybe, maybe not. But it looks like a solution to solve Lionsgate's money woes.


The companies have resumed discussions that broke down in the past over price and control issues, said the people, who declined to speak publicly because talks are private and there’s no assurance a deal will be reached. Summit has additional suitors, one of the people said. Lions Gate would gain access to the cash generated by the five “Twilight” movies. The first four films have grossed more than $1 billion in worldwide ticket sales for Summit, according to Box Office Mojo. A combination would produce a payday for owners of closely held Summit who formed the studio in 2007 with funding from Merrill Lynch & Co.

Here are my thoughts on this: Yes, it seems a little appalling to us since we despise all the HG/Twilight comparisons, and the idea of having Twilight be affiliated with our beloved Hunger Games is a little repellent. I absoutely love how Lionsgate is handling the entire Hunger Games franchise, and would like it to stay that way. Lionsgate has a great head on its shoulders, and I for one do not want to see anything interfere with that. Maybe the merger would keep things the way they were, I'm not sure. But it seems as if this would definitely help out Lionsgate monetarily, especially since the last couple of their movies haven't done so well.

But hold on! Lionsgate has something really going for them, The Hunger Games. This movie has a great potential to do extremely well, and you know what that means: money, money, money! We're hoping enough to warrant all the sequels which means EVEN MORE MONEY! So I guess what I'm saying is this: Maybe Lionsgate should hold off on any mergers until we see how lucrative The Hunger Games will be?