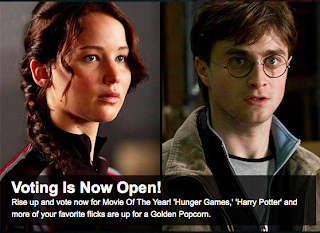 Now hurry up and vote people, before I have to get into my Aragorn speech.