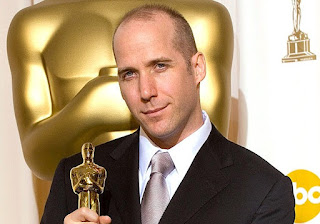 From The Hollywood Reporter:

Michael Arndt, who won an Oscar for his Little Miss Sunshine screenplay and penned Toy Story 3, is in talks with Lionsgate to work on the high-profile sequel to The Hunger Games, sources tell The Hollywood Reporter.

The sequel is barreling toward a late-summer production start. While Lionsgate doesn't yet have a deal with Arndt, if he signs on, he will have to work double-time to get the script ready due to a squeezed schedule caused by star Jennifer Lawrence’s commitment to Fox’s X-Men: First Class sequel. That tight schedule was one reason Ross declined to take on the project.

Wait we thought Simon Beaufoy was writing the screenplay? Well, he wrote the initial drafts, which have been finished for a while since Suzanne Collins had said she'd received them around March, and screenplays typically go through quite a lot of rewrites. For The Hunger Games, Gary Ross and Suzanne Collins had done the rewrites together (initial drafts done by Billy Ray), but due to time constraints and not having Gary (Francis Lawrence does not have professional screenwriting experience), it makes sense to have yet another Oscar-winning screenwriter work on the script. Hopefully Suzanne has sent over some notes (at the very least). There isn't a lot of time left before filming is due to start!