It's Official: Francis Lawrence Will Be Directing Catching Fire! 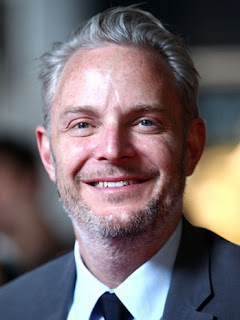 Here's what Francis had to say to the fans:

"Hello fellow Hunger Games fans!  I just want you all to know how unbelievably excited and honored I am to be a part of Catching Fire.  At the end of the day, all of the work that I put in to my movies is for you -- the fans. Make sure to post and let me know what you’re most excited to see in this adaptation as we aim to make something truly faithful and spectacular!" - Francis Lawrence

Check out the press release:

‘Hunger Games’ Sequel To Open In Theaters Everywhere On November 22, 2013

SANTA MONICA, CA (May 3, 2012) - LIONSGATE® (NYSE: LGF), a leading global
entertainment company, announced today that Francis Lawrence has officially signed on to
direct CATCHING FIRE, the sequel to THE HUNGER GAMES, based on the second in a
series of books by Suzanne Collins that has 36 million copies in circulation in the US alone.
The announcement was made by Lionsgate’s Motion Picture Group Co-Chairmen Patrick
Wachsberger and Rob Friedman.

Lawrence, who is represented by CAA and 3 Arts Entertainment, has experience directing films
that make him uniquely suited to handle the blend of character driven drama and high stakes
action of CATCHING FIRE; among them are I AM LEGEND, CONSTANTINE, and WATER
FOR ELEPHANTS.

"Lionsgate, the cast, and filmmakers are all thrilled to have Francis Lawrence come on board as
director of Catching Fire. Suzanne's brilliant book is the intense story of the birth of the rebellion
and Katniss' emotionally charged journey as she takes on the mantle of the Mockingjay, and
we all think Francis is the perfect director to bring the story to life,” said Erik Feig, Lionsgate’s
President Of Production.

“From the very beginning of this brilliant trilogy's journey from page to screen, our first priority
has been to stay true to the heart and soul of Suzanne Collins' powerful stories. From my first
conversation with Francis, I knew he would make a great partner for both me and Suzanne.
His passion for Catching Fire and inspired ideas for a faithful adaptation make him the perfect
director for this movie. I know this will be a wonderful collaboration and I cannot wait to get
started,” echoed producer Nina Jacobson.

Said Francis, "It is truly an honor and a privilege to bring Catching Fire, the second chapter of
Suzanne’s beloved trilogy, to the big screen. I fell in love with the characters, the themes and the
world she created and this chapter opens all of these elements up in such a thrilling, emotional
and surprising way. I can’t wait to dive right into it and bring this chapter to life along with the
truly superb cast and filmmakers involved."

Jennifer Lawrence, Josh Hutcherson, and Liam Hemsworth will reprise their roles as Katniss,
Peeta and Gale, with Lenny Kravitz, Elizabeth Banks, Stanley Tucci, Donald Sutherland, Toby
Jones, and Woody Harrelson also returning to their respective roles. The film will be produced
by Jacobson’s Color Force in tandem with producer Jon Kilik. Production is slated to begin this
Fall, and the film will be released on November 22, 2013.

THE HUNGER GAMES has broken many box office records since it opened on March 23,
2012. It achieved the highest grossing opening weekend ever for any non-sequel film and the
third biggest opening weekend in box office history. It has already grossed $373 million at the
North American box office, ranking in the top 20 films of all time, and it recently crossed the
$600 million mark in worldwide box office.