The (Partial) Official Map of Panem from The Hunger Games Adventures

So if you haven't been playing The Hunger Games Adventures (I'm a little behind on my quests shhh) you would know of the Capitol seal quest to reveal the OFFICIAL Map of Panem. We've seen fan-made maps before, but this is official! Anyway, when enough Capitol seals were collected by players of The Hunger Games Adventures, the map of Panem would be revealed, and finally, that day has come!


As you can see, not all of the map has been revealed yet. As new chapters of the game are released, you will travel to other parts of Panem and then those parts of the map will unlock. I haven't gotten to District 2 yet and am currently on a District 12 quest so my map looks like this: 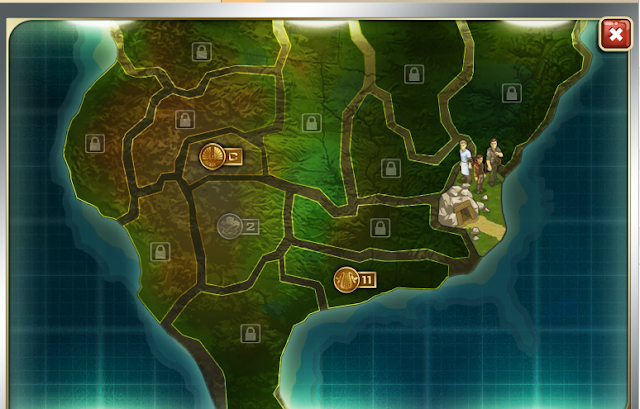 As many have suspected, parts of present day North America are underwater (sadly Courtney and I are too) and parts of Mexico and Canada are included in Panem.