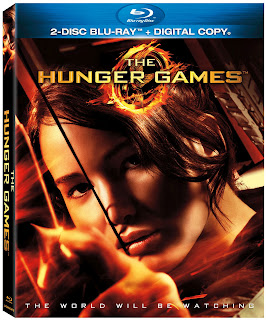 Going to comic-con? Well, good for you. We hope you get trampled! Just kidding, the truth is we're so jealous we can't stand it. The best we can hope for is that you Hunger Games fans get all you can out of this years' con so we've got a press release concerning the Hunger Games Blu-ray autograph opportunities, and some other related panels thanks to a post from MTV. Also, if you guys plan on going PLEASE PLEASE send us pictures of your Hunger Games Comic-Con experience to WelcomeToDistrict12@gmail.com and we will definitely post those suckers! Okay, onto business...

WHAT:  In advance of the hugely anticipated home entertainment release of The Hunger Games juggernaut on 12:01 am Saturday, August 18, select cast members will participate in signing events at San Diego Comic-Con International 2012.  Occurring at the Lionsgate Booth (#4035) on Saturday, July 14 at 11:00 am and 5:00 pm, fans will have the chance to meet the actors behind Cato, Rue, Thresh, Clove, Marvel and Primrose Everdeen, plus have an exclusive Blu-ray Disc box art cover signed by the cast.  An exclusive Comic-Con Hunger Games poster will also be distributed at the Lionsgate booth throughout the duration of the convention.
The first film in Lionsgate’s The Hunger Games franchise arrives on 2-disc Blu-Ray (plus digital copy), 2-disc DVD (plus digital copy), On Demand and Digital Download, complete with three hours of never-before-seen special features.  Attending media may also participate in an invitation-only press junket with the attending cast at San Diego’s Hard Rock Hotel.

The annual celebration of all that is awesome in pop culture kicks off Thursday, July 12, and there's plenty for Panem's faithful to see and do — even if Comic-Con isn't branded with "The Hunger Games" name. It just takes a little imagination! Here are our Hobnobbing-approved picks for the Con (in chronological order):

A few hours later, head to the Blu-ray Producers 2012 panel in Room 5AB, where Cliff Stephenson (the man behind "The Hunger Games" discs) will talk shop alongside producers from many a high-profile project, including "The Amazing Spider-Man" and "Star Trek: The Next Generation-Seasons One and Two."

There's no denying the fanciful wardrobe of the Capitol's citizenry was a visual high point in the series' first installment. Fashion fiends and neophytes alike will want to flock to the Costume Designers and Illustrators: From Concept to Reality panel on Saturday, July 14, at 5 p.m. in Room 24ABC, where "Hunger Games" costume illustrator Christian Cordella will be one of many talents on hand talking about taking an imaginative vision and bringing it to stunning life onscreen.

And here it is, the pièce de résistance. To celebrate the August 18 DVD/Blu-ray release of "The Hunger Games," Lionsgate will be hosting a star signing at its booth (#4035) on Saturday, July 14, at 11 a.m. and 5 p.m. The lineup includes Alexander Ludwig (Cato), Amandla Stenberg (Rue), Dayo Okeniyi (Thresh), Isabelle Fuhrman (Clove), Jack Quaid (Marvel) and Willow Shields (Primrose Everdeen).

See a full schedule of Comic-Con events at the official site.