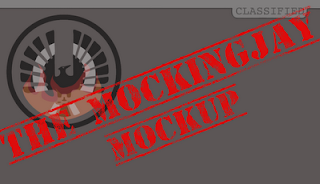 Welcome to another edition of Mockingjay Mockup! Glad you are still with us after the long post we had last week in which we went into detail how we think Part One should go. Since we posted it, news came out that Mockingjay indeed will be two parts. Huge sigh of relief over here. This makes our job a little easier as we don't have to persuade as hard why it should be two films, though we're still seeing some unrest among fans who think that it shouldn't be two films. Guys, I know it seems that Lionsgate is "cashing in" on the franchise, which I won't say isn't true, however having Mockingjay as one film, I guarantee it, would have totally screwed us over. Mockingjay as one film, no matter who directed it, would have turned into a confusing scatter-brained shell of what could have been an epic journey of war. We will revisit this topic most likely in our last installment, but for now let's delve into something a little more lighthearted: CINEMATIC DELUSIONS OF GRANDEUR!! 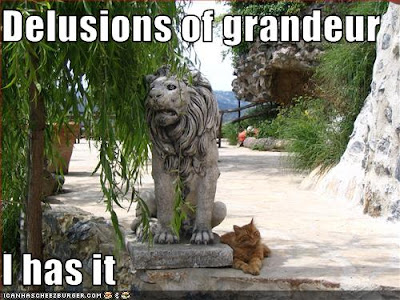 Opening
This time around, we're only looking at things that occur in our Part 1 Layout. To start out, it's possible we'll get a look at how Panem is doing as well as what's going on in the Capitol at this time. There may even be a possibility Peeta wakes up and finds himself in a terrible situation. Will we get a look into what torturous things are occuring around Peeta? With a likely PG-13 rating, we're not too sure but we're definitely not ruling it out.

After the above happens, there are two scenarios we'd like to see that involves where the flashback of the firebombing occurs.

Scenario #1: Shot of only Katniss' feet walking through dust, coal, and rubble. She reaches the doorstep of her home in Victor's Village. She retrieves the items she's looking for, basically everything that happens in the book during this scene. Of course she stumbled upon the rancid smell of the rose (which we are assuming will be touched upon in Catching Fire), slow push to the rose suddenly engulfed in fire which becomes the fire from the firebombing. FLASHBACK TIME! We see the firebombing event, which ends in fire where we get the movie title right on top: The Hunger Games: Mockingjay Part 1.

Pros: We get to see the flashback a lot sooner, being the device to what brings the audience to the opening titles provides great drama. It's always great to have an action scene in the first 10 minutes.
Cons: We don't get to see the demolished District 12 until the propo gets filmed, which isn't until much later on.

Scenario #2: After establishment of Panem and possibly Peeta's situation, Katniss walks through a destroyed District 12. We see first hand the aftermath of the destruction and despair. She reaches Victor's Village, gets everything to take back with her, and stumbled upon the rose. Same as Scenario #1, slow push on the rose which becomes engulfed in fire. Here is where the movie title appears: The Hunger Games: Mockingjay Part 1. In this case, flashback does not occur until the first war room scene in District 13.

Pros: Clean and simple, flashback occurs during a scene where much can be explained.
Cons: Lack of anticipation and action.

We really like the idea of putting the title sequence here as we think it is just as much a reminder to Katniss as it is to the audience of Snow's ever watchful eye. The rose is a great symbol of the suffering and war to come, and a great place to officially kick off the film.

We definitely want this to be a punch in the gut for every audience member. The hospital scene should definitely be a touching moment where we truly see Katniss' effect on those in the other districts. We're expecting the score to be up to par with this memorable scene (John Williams, yes? Please? PLEASE?!?!) all of a sudden to be interrupted by the sound of bombers above as Katniss is waving goodbye to all the wounded.

As for the conclusion of the action scene with the all important "We burn, you burn with us" section, it could be interesting to go between the actual filming of the propo and the airing of it in sections of Panem at the same time. Could be nifty, but it's just an idea. All in all, this is the moment when Katniss truly becomes the Mockingjay for herself, so we're expecting this section of the film to have a lot of focus and attention.

Yes, it's quite possible The Hanging Tree will be omitted, but.....will it? We mentioned this a bit in the last post, but we won't be surprised if they keep it it. Whether because the fans will be quite disappointed if it's not in it or because it's just one of those popular movie devices, it's very possible it will make the cut. During the propo scene that it occurs during, we get a look at what District 12 is like after all the destruction. Then, Tiffany and I got to thinking, and maybe it's because we've seen Lord of the Rings way too many times (I mean, come on, we play Lord of the Rings DVD trivial pursuit), what if we get a montage during Katniss singing "The Hanging Tree"? It's possible we could get an update on the war in Panem much like they do in Return of the King:

Hey, we called this post "Cinematic Delusions of Grandeur" for a reason. We can dream, right?

If you haven't checked out our previous post about the climax of Part 1, you should probably take a look at it. We came up with an interesting idea to combine some events to make the climax way more interesting than it is in Mockingjay. But hey, it's not the book's fault! We just know that we need a kick ass climax to end Mockingjay Part 1. I don't know about you, but I'm tired of the lackluster climaxes for all those Part 1 movies in existence. Mockingjay can blow all those out of the water by combining these events: Finnick's story propo, Snow's reaction, Panem's reaction, and the rebel rescue effort. There's plenty of material to go around, not just an action sequence, but a character's SHOCKING backstory to go along with it. It also could be interesting to see the battle between Beetee and the people behind the Capitol feed duking it out over the airwaves.

Part 1 Possible Cuts
Though it bums us out, many things will end up on the cutting room floor, even with a split movie. Here are some things likely to get cut:
-District 13 arm printed schedules (will they even take the time to explain it?)
-Prep Team shackled (depending on their role in Catching Fire.)
-Delly (We'd hate for her to sit on the bench with Madge, but it's possible.)
-Hummingbird room (But it's so pretty!)
-We Remember (These propos likely won't make it, but wouldn't it be cool to see the old tributes again?)
-Brainstorming (We mentioned this scene in our last post, we hope it makes it though! But we completely understand if it does.)
-Katniss/Gale hunting
-The Hanging Tree
Part 1 Possible Additions

-President Snow and Panem reactions to propos such as "We burn, you burn with us" and Finnick's backstory.
-Finnick and Katniss scenes to establish friendship
-Peeta's real time (most likely implied) torture
-Wrap up: President Snow's and Panem's situation right before Part 1 cliffhanger

-Introduce Haymitch in the first war room scene instead of filming of bad propo
-Brainstorming scene slightly altered to discuss propo and change in tactics
-Will Katniss disobey in District 8? We hope so, so they can foreshadow happenings of the Simulated Street Combat in Part 2, but will SSC get cut too?
-Combined scenes for intercut climax

So that's a general look at stuff we'd like to see in part 1, and just a few of the deletions, additions, and changes that might occur. Many questions posed in this series will be answered by the time Catching Fire comes out as well. We're interested to know if Catching Fire will tackle subjects as the Avoxes(THEY BETTER!), the District 12 firebombing, and Finnick & Annie's backstory. I guess we will have to see, won't we? Thanks again for reading this edition of Mockingjay Mockup! Looks like next time we'll be going into Part 2 in detail, which we may just have to split into two posts (how ironic!) cause there's a lot to cover. See you next time!

May your bread be toasty and your arrow fly straight,
Courtney & Tiffany

Want to read the other editions of Mockingjay Mockup?