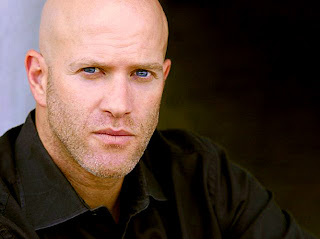 CantonRep.com, a publication for Stark County in Ohio, reported Bruno Gunn's casting in Catching Fire and quoted his brother, Michael Giolelli, giving us some insight on one of the newest additions to the Hunger Games family.

“Catching Fire” will begin shooting next week in Atlanta, then the production will move to Hawaii.

“He’s got a lot of fight scenes,” Michael said. “He’s going to be on-set for at least five months.”

Also the article revealed that the jewelry designer for The Hunger Games, Dana Schneider, will be returning for Catching Fire to create some new pieces.


This is Canton’s second direct connection to “Catching Fire.” Dana Schneider, a Canton native who has had extensive experience designing jewelry for high-profile feature films, created the iconic Mockingjay pin worn by Jennifer Lawrence in “The Hunger Games.”

And for the sequel, “Catching Fire,” she is creating another Mockingjay pin as well as other pieces of jewelry for two other main characters.

“They are very complicated and artistically very challenging,” Schneider said.

via DWTC
Posted by Tiffany at 5:05 PM