The Hunger Games Claims the Top Spot for DVD Sales and Rentals for the 2nd Week in a Row! 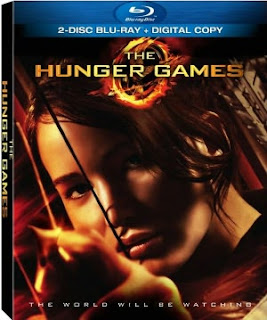 The Hollywood Reporter reported on Wednesday that The Hunger Games was the #1 DVD seller and rental for the second week in a row!

Nearly a dozen new home video releases appeared in the top 20 on the national sales charts the week ending Aug. 26, but none could break the hold of two high-profile theatricals already available on disc.

Lionsgate’s The Hunger Games and Universal Studios’ Dr. Seuss’ The Lorax repeated at No. 1 and No. 2 on both the Nielsen VideoScan First Alert chart, which tracks overall disc sales, and Nielsen’s dedicated Blu-ray Disc sales chart.

The Hunger Games also hung on to the No. 1 spot on Home Media Magazine’s rental chart, with The Dictator bowing at No. 2.

We're loving the mention of Home Media Magazine, who interviewed both of your Welcome to District 12 admins in early August regarding The Hunger Games on DVD.