THE MOCKINGJAY IS COMING: Secrets of the Catching Fire Blu-Ray UNCOVERED!! *SPOILERS*

Before you read any further, know that the easter egg located on the Catching Fire Blu-Ray is divulged here. If you wish to figure it out yourself, DO NOT READ AHEAD! 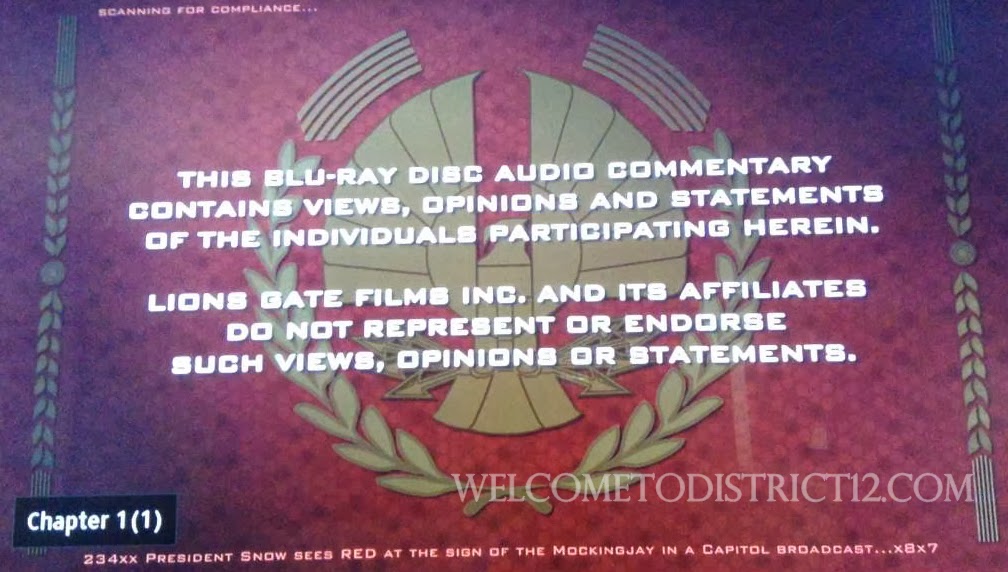 We are very proud to have been seemingly the first presence on the internet to have figured out the complex easter egg that was hidden in The Hunger Games Blu-Ray. You can check out that craziness right here. I was going to be really sad if they didn't have it on the Catching Fire one, and EVEN SADDER because then that meant I just wasted hours of my life. Luckily, this puzzle is way easier to figure out this time around. Here's how you access it:

When the Blu-Ray starts after you get the piracy warning followed by the Divergent trailer, you will come to the screen shown above. There is a Panem seal and on the top and bottoms are random numbers and messages that appear very quickly. The message at the bottom is this:

President Snow sees RED at the sign of the Mockingjay in a Capitol Broadcast
But our supporters who press it will see something entirely different.
Never forget that hope is about to spread her wings.


Next, it will go through an animation right into the Blu-Ray menu. It says "Capitol Broadcast" and there is a hologram of the Panem seal. Just wait it out. It takes probably less than a minute for Beetee to do his magic and hack into the system. The Panem seal will suddenly change to a Mockingjay.

So, back in the message we saw that RED is capitalized, and it says "supporters who press it will see something entirely different."

Ever notice those different colored buttons on the Blu-Ray remote? When the Mockingjay shows up, click the red button.

This takes you to a quote from the book and in detail look at The Hob. Really up close shots of its happenings and the people there. Peacekeepers come in to burn it down and the flames turn into a Mockingjay, which ends with.... 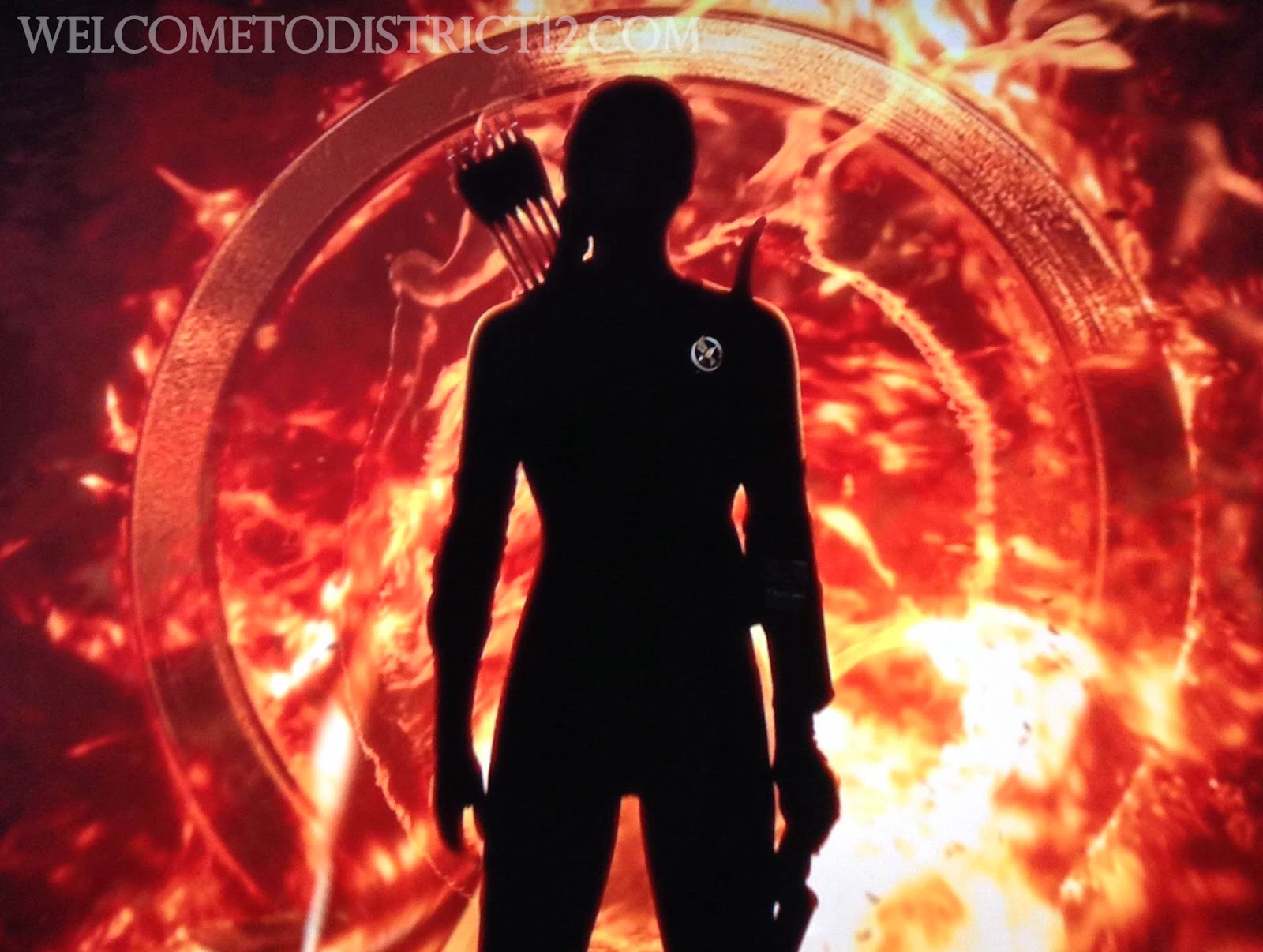 THE MOCKINGJAY IS COMING.