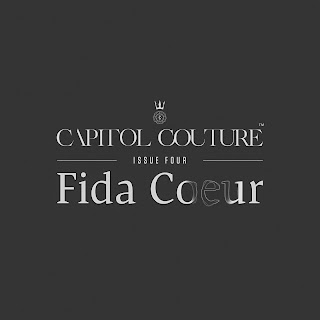 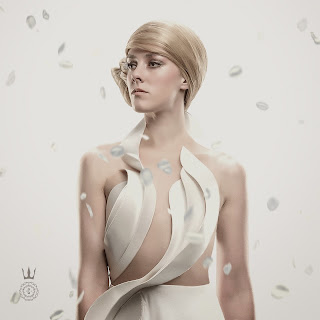 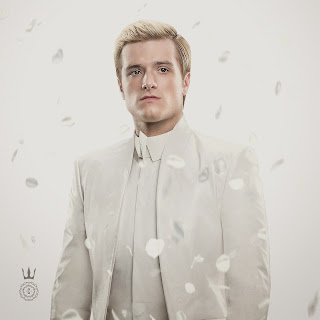 It seems like the Capitol has stepped up the propaganda to counteract the past rebellion efforts! Capitol Couture was updated today with a special edition - Fida Coeur - to help reinforce President Snow's "One Panem" initiative. It features new pictures of Peeta and Joanna, and (slightly creepy) Living Portraits of both, and what seems to be an interview with Johanna herself! Check out the highlights below!

"Let’s get on with it then," the battle-ax valkyrie huffs, shifting her weight and crossing her legs impatiently. Johanna Mason is as much a stately figure as ever, her long, bespoke skirt an iridescent pool around her feet. Risen from the waters of the magnificently treacherous Quarter Quell arena, her alabaster skin and flowing blonde locks belie the deadliest of instincts.

President Snow, in his perpetually magnanimous manner, saw fit to offer his personal sitting room for our exclusive interview and we simply could not refuse.The gilded room around us reflects glints of Johanna’s ivory ensemble, snaking around her arms in a woven pattern and blooming into a flared collar. Seated next to her is a silent Peeta Mellark, his fitted snowy suit and structured lapels speaking volumes in the ethereal light of the room.

Throughout our conversation, it is heavily apparent that Johanna is the leader in this duo- she leans forward with every question in an ingrained display of bravado.

“We went through a lot in the arena, but what’s important now is that Peeta and I are representatives of Panem- Districts 7 and 12 combining our efforts for a better future.”

It’s a patriotism that is blatantly on display in the new Capitol Living Portraits series, and Johanna positively gushes about the experience.

“I don’t even know how long I was on my feet, but those Alexander Wang shoes made me feel like a cloud on a pedestal. It was a really special day.”

The attention to detail in both Johanna’s and Peeta’s respective ensembles for the Living Portrait series is truly astounding upon closer assessment. The sculptural bodice of Ms. Mason’s dress mirrors the shape and movement of the Panem Seal, while Mellark’s paper collar piece adds to the chiseled-yet-natural theme in both outfits. It is an apt metaphor for a nation built up from the ground, raised by its people into beautifully functional, systemically beneficial government.

“It’s really amazing to be featured in these portraits,” Johanna states. “Peeta and I come from such humble backgrounds- to be representing Panem like never before is such an honor. We are very proud to be featured as the faces of our country.”

Check out the Living Portraits after the jump!


For more, go to Capitol Couture
Posted by Janine at 12:23 PM