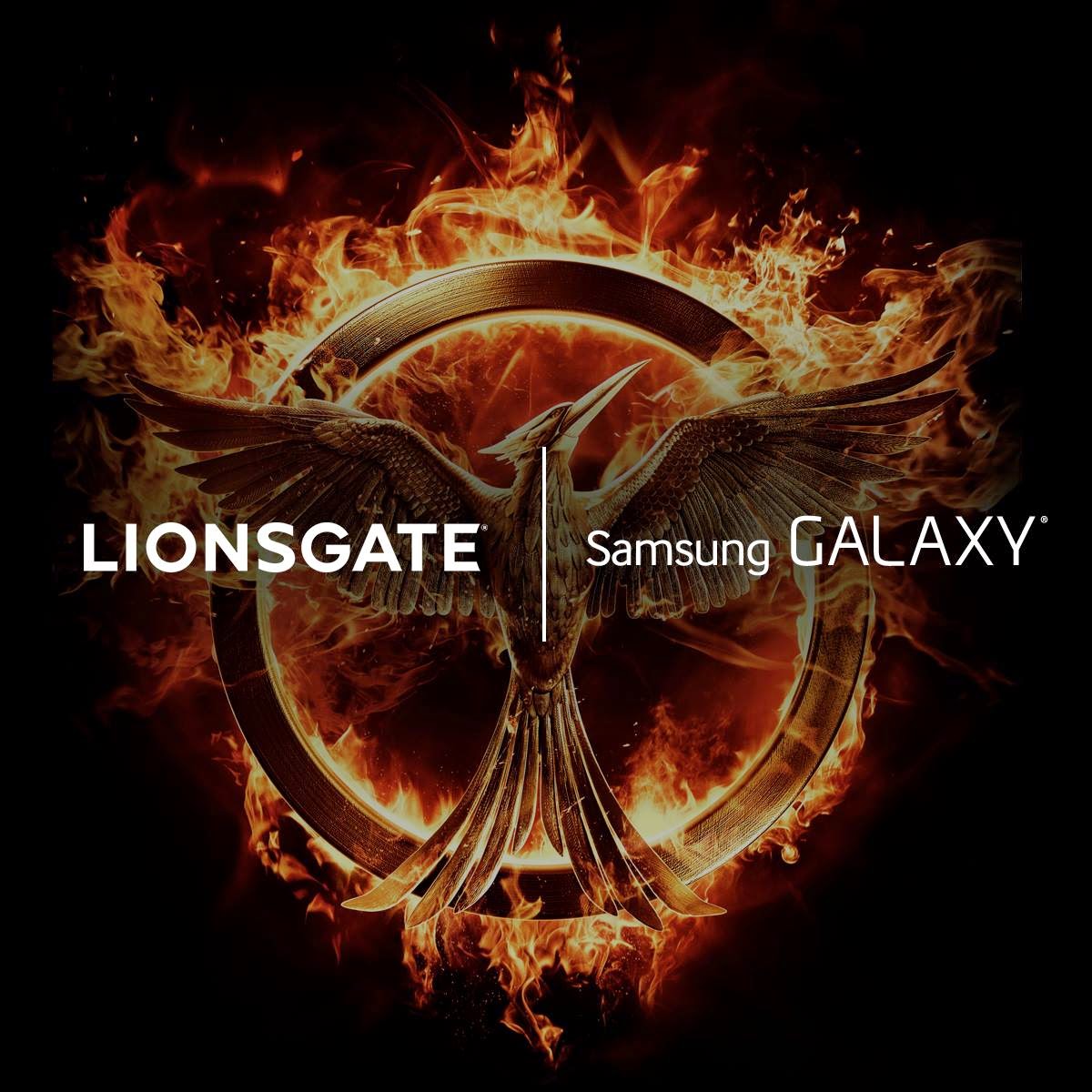 “We’re giving our consumers the unique experience to premiere the official trailer of The Hunger Games: Mockingjay – Part I on our new Galaxy Tab S,” said Todd Pendleton, Chief Marketing Officer, Samsung Telecommunications America. “Together with Lionsgate, we will give Samsung Galaxy owners access to experience The Hunger Games franchise like never before.” "We’re thrilled to be partnering on Mockingjay 1 with a company that has the global stature of Samsung and whose innovative technologies touch every aspect of consumers’ lives around the world," said Paula Kupfer, SVP of Consumer Products & Licensing at Lionsgate. "They are a perfect fit with our franchise, and together we envision unlimited opportunities for expanding the world of The Hunger Games in exciting and visionary ways."

During San Diego Comic-Con:On Friday, July 25 at 12:00pm PT, cast members from The Hunger Games: Mockingjay – Part 1 will introduce the trailer on the Galaxy Tab S in the Capitol Gallery located in the Samsung Galaxy Experience in San Diego (in the Hard Rock Hotel, corner of 5th and L Streets).

Nationwide at Best Buy:Fans outside the San Diego area can also get an exclusive preview of the first official The Hunger Games: Mockingjay – Part 1 trailer beginning on Saturday, July 26 and extending through Sunday, July 27 by visiting Samsung Experience Shops inside select Best Buy locations. While supplies last, visitors will receive one complimentary pass to see The Hunger Games: Mockingjay – Part 1 when it opens in theaters November 21.