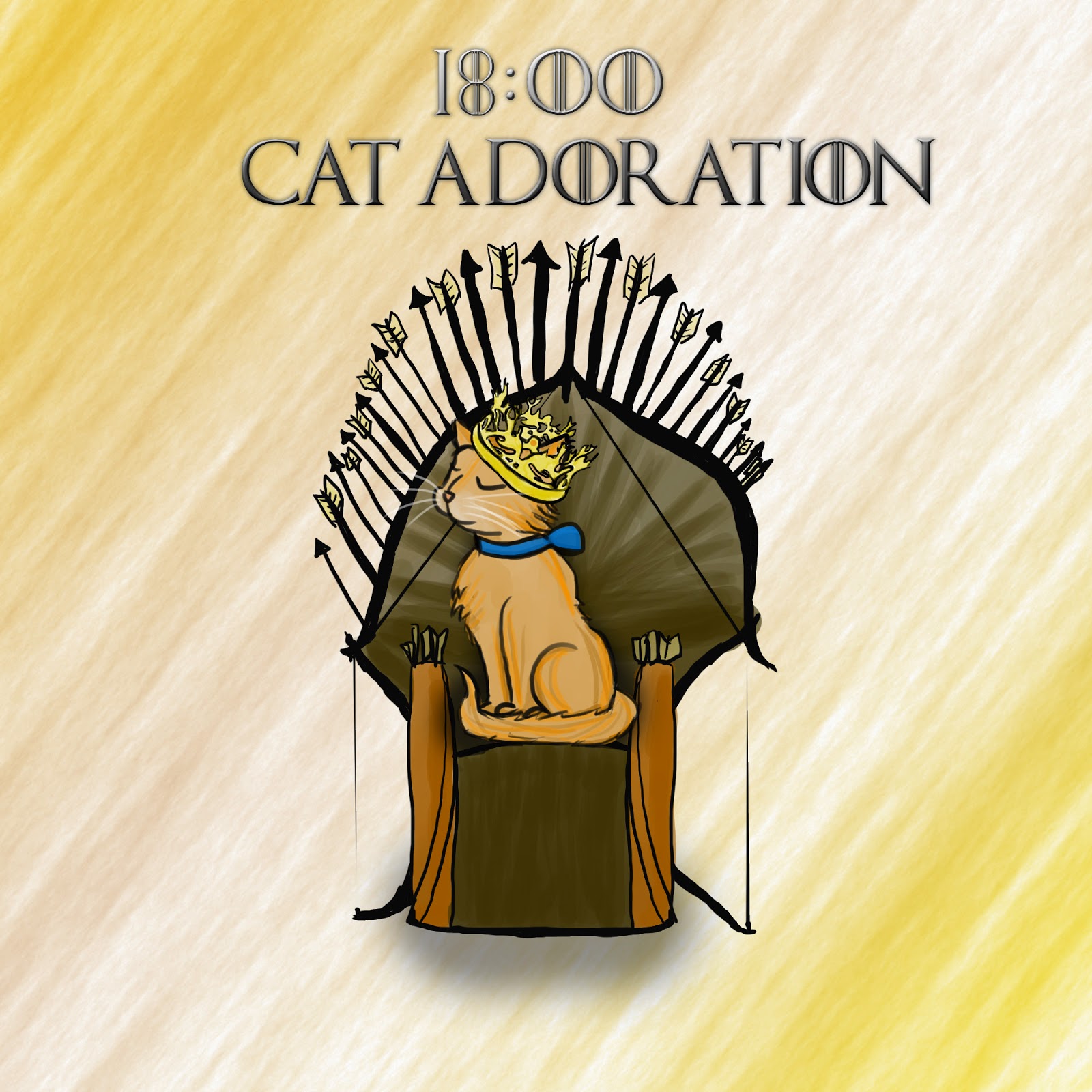 Chapter 2 of Mockingjay Part 1 Countdown — HERE WE GO! This particular chapter has a lot going on: establishing the inner workings of District 13, Boggs, Peeta’s interview, and finally Katniss coming to the decision to be The Mockingjay. But of course out of all the juicy tidbits of this chapter — I chose to represent 18:00 Cat Adoration. Go figure. Anything for an excuse to draw something Game of Thrones.

Let’s jump right into it. I expect that Caesar Flickerman’s interview with Peeta is a guaranteed scene to be in the film. It’s the event that causes Katniss to decide to be The Mockingjay - a CRUCIAL moment of the books. The film hopefully will accurately establish how sane Peeta does sound on a cease fire, except that it CLEARLY is coming from President Snow. Also, Katniss has been haunted by Peeta in her nightmares, usually appearing tortured, but Peeta in this interview is completely the opposite and Katniss is trying to reconcile with that. I expect not only will Coin’s reaction to this be in the film but something that comes with splitting a book - EXTRA SCENES!! I REALLY want to see what is happening on Peeta’s end. Maybe Snow is overseeing the interview? Is Caesar Flickerman terrified? What is really going on as the teetering districts watch this interview?

Following this scene, Gale discusses with Katniss about the District 13 rebels and the possible repercussions of Peeta’s warning. Only now after the thought of a cease fire Katniss remembers the horrors of the past two books: Rue, Gale being whipped, uprisings, and victors linked hand in hand. Finally she accepts the role of The Mockingjay. And so now the story truly begins.