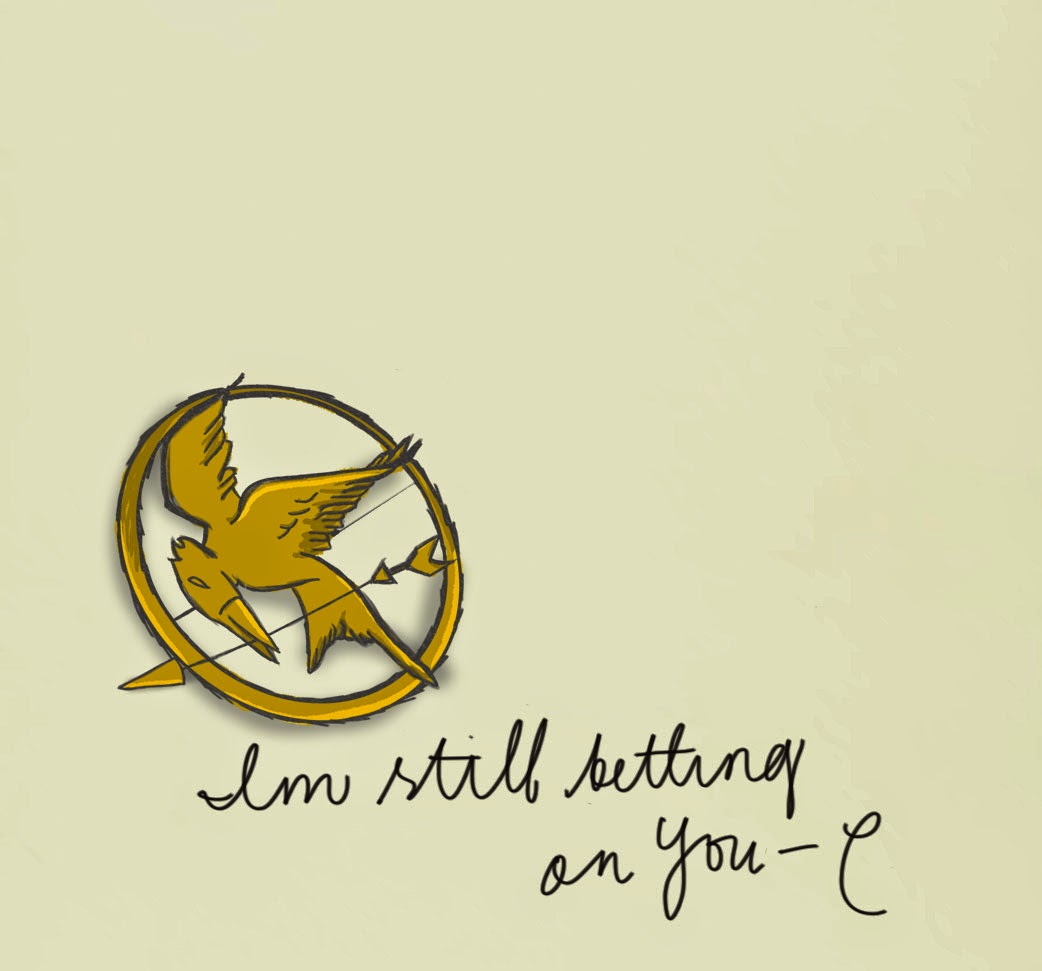 Greetings and welcome back to the Mockingjay Part 1 Countdown! It is week 3, so naturally we will be talking about Chapter 3.

Chapter 3 begins with Katniss unable to sleep and finally getting out of her bed to go through her drawer, itemizing all the things she left the arena with. Because The Hunger Games: Catching Fire included Peeta giving Katniss the pearl on the beach, I’m confident we will see the pearl again, specifically in this scene. If, as we suspect, Part 1 will be focused on getting Peeta back, the pearl is an important physical tie to Peeta for Katniss, and it will help remind audiences what he means to her.

Then Prim rouses to ask Katniss what is wrong, and Katniss tells her that she will agree to be the Mockingjay and explains her worries about the repercussions of it. Here we have Prim giving Katniss some smart advice, similar to the extra Katniss/Prim scene in the CF movie. I’m hoping that Prim will still be the person that advises Katniss, since it shows change and growth in Prim’s character and Katniss’s relationship with her.

The next day, Katniss and Gale go to Command, and she makes her demands. First, they make arrangements for keeping Buttercup and for hunting in the woods above District 13. Then, a conversation about what Gale would be to her both flusters and angers her, which, though unlikely, I hope is kept in to drive home the point that the focus of this story does not lie with the love triangle but the revolution (Booyah, popular media!).

When Katniss stipulates that Peeta, Johanna and Enobaria will not be punished and that Coin will promise this in public, it is the first intimation of Katniss as the Mockingjay, with Fulvia commenting to Plutarch that that is their vision. On the subject of Fulvia, she will most likely not appear in the movies since no casting announcement has been made for her character, and it is highly speculated that Effie’s inclusion in Mockingjay will fill that role. Whether or not she will be in Command with them at this point or will be kept with the prep team (more on that in a little bit), we can’t say for sure. And finally, Katniss says that she will be the one to kill Snow, which somewhat impresses Coin.

Once Coin leaves, Plutarch hands Katniss the all important and feels-inducing Cinna’s sketchbook. Cinna had designed the Mockingjay uniform, and Katniss reads a message written by him: “I’m still betting on you.”

With the knowledge that Cinna wanted this for her, Plutarch takes Katniss and company down to the 39th floor. A guard blocks them, telling them they have the wrong floor. Katniss and Gale create a distraction so that Katniss can push past the guard to find her prep team, abused and chained to the wall.

Would Effie be revealed here with the prep team? I think it’s a real possibility. It isn’t clear so far how they are incorporating Effie into these two movies. If Effie is as unaware of the rebellion as she seems, it would be logical for the rebels to have kidnapped her at the same time as the prep team, especially considering she is not on the hovercraft with Haymitch and Plutarch at the end of Catching Fire. Some food for thought. Effie’s inclusion in the movie is a change that most fans are in favor of, but we know very little so far about how exactly she will be incorporated outside of how she is styled in her character poster: 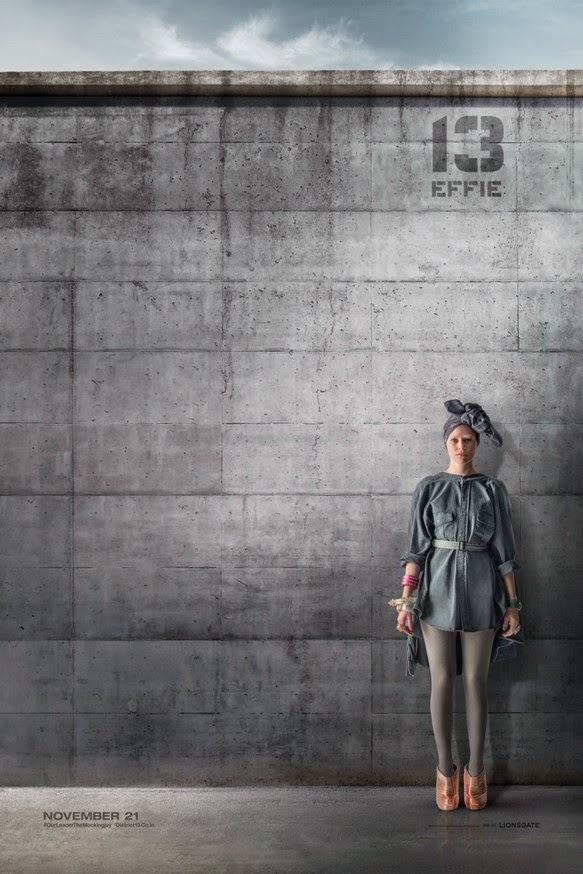 Tune in next week for Chapter 4.
Posted by Tiffany at 2:17 PM