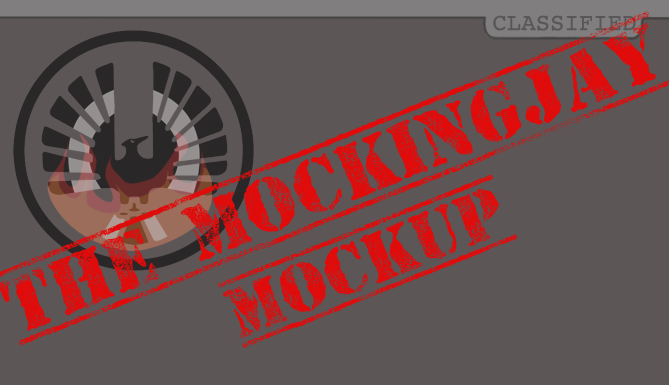 While everyone has been chatting up a storm about the upcoming release of Catching Fire, we (Courtney and Tiffany) have been researching and discussing something that is in depths of everyone's minds: Will Mockingjay be split into two parts? To this, we happily answer "DEAR GOD, YES!"

We truly believe that putting Mockingjay as one film would without a doubt ruin the integrity of the final chapter of The Hunger Games. It is just completely impossible to do it justice without splitting the book into two films.

In our experience we have come across many individuals who have claimed that it does not warrant the split, one of the reason because "not enough happens". To these people we say, READ IT AGAIN! Go ahead, write down every exciting scene that occurs: every action scene, everything important to the overall arc of the trilogy. We dare you! Because guess what? You bet your tesserae we've done that and then some. We have analyzed every occuring event, what they might take out, what they might put in, and what storylines need to be addressed. Mockingjay is a complex book, and believe it or not, we had to map out part 2 TWICE just to get it right.

So we thought before Mockingjay discussions began, we wanted to set the record straight and hopefully convince those naysayers out there why Mockingjay MUST be split. I mean, who complains about getting an extra film?

So keep an eye out in the upcoming weeks for our new series of posts that we have dubbed, "THE MOCKINGJAY MOCKUP".