#FinnickWatch2012 UPDATE: Is it Armie? 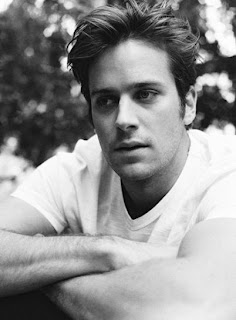 Hold on to your knickers, girls and boys, the rumor mill has just spit out a doozy.

E! News reported the other day that Taylor Kitsch, Garrett Hedlund, and Armie Hammer were on the short list to play Finnick in Catching Fire, the sequel to The Hunger Games. Multiple sources tell me that Armie Hammer is far and away the first choice of director Francis Lawrence. That if it were up to him and “if he could start tomorrow with his dream cast, Armie would be Finnick”. At press time, nothing is final. And besides, a lot of people think this might not be the best career move for Hammer anyway. I spoke with a few talent agents who said they’d hesitate before recommending it because it ties him up for two pictures and ‘the question is whether or not he still needs to “break out”. It depends on how you see Armie’s career’.

While it is exciting that he may be Lawrence's first choice, there are many factors at work that need to be considered on Armie's side that still remains to be seen. Don't get too excited, Armie fans! This is still just a rumor and nothing is official until Lionsgate confirms.