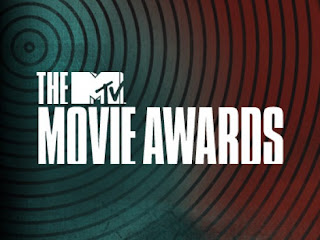 
They will also be giving away two awesome Hunger Games DVD prize packs to fans who host their own Twitter parties with their friends. How awesome is that! To do so, you can get a group of friends together to watch the show, and tweet photos of your Twitter party to #MTVHungerGames and #HungerGamesDVD for a chance to win. You can bet your Welcome to District 12 staff will be having our own Twitter party!

Don't forget to vote for The Hunger Games which has been nominated in multiple categories, including Best Movie! Also don't forget to #VoteKatniss for Best Hero!
Posted by Tiffany at 8:39 PM