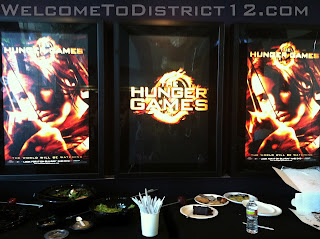 The Welcome To District 12 duo (that's Courtney & Tiffany for those who don't know) got invited to Lionsgate's The Hunger Games Blu-Ray/DVD features fansite screening!

Naturally both of us were very excited and bursting to tell you all once we found out what we would be doing. The day started off with getting our spiffy name tags, complete with our site URLs so we knew where everyone is from. Luckily we've met most of the other fan site runners already. Along with the two of us, in attendance were Aldrin and Arianna from Down with the Capitol, Amie from HGGirlOnFire, Erin from TheHungerGamesMovies.net, and Beth from Mockingjay.net (so sorry if we missed someone!) Even Kara Warner from MTV.com was there! 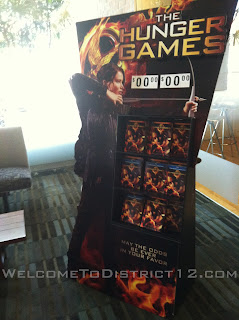 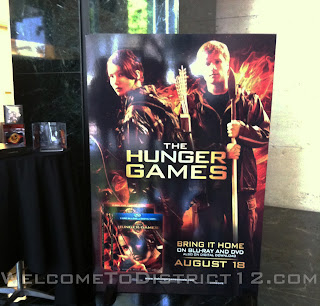 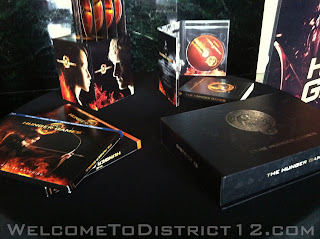 We checked out all the Blu-Ray/DVD box sets that were laid out. We've got to say they're all pretty awesome and that it was really helpful to see them all together to compare them. So here we go readers, we present your awesome choices for Blu-Ray/DVDs:


This Costco Blu-ray comes in a really cool collectors box (the cover can be seen in the photo of the DVD package table) and comes with a District 12 arena bag, bracelet, and parachute necklace. Same special features as the normal Blu-Ray


This edition is for collectors too! The Lionsgate team said that there are only about 40,000 made and comes with an acrylic Mockingjay thingamajig (we're not really sure how you would classify it. Who cares what it is? It's awesome. You want it on your desk). The box opens all fancy and all the discs come in a cool book (seen resting on box). What's cool about this set is you get both the Blu-Ray AND DVDs all in one. Same special features as the normal Blu-Ray.


We were told this Walmart edition comes with 30 minutes of extra features you can't get anywhere else, and it comes with a Mockingjay pendant. 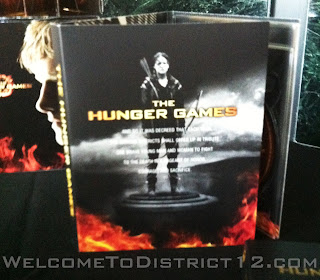 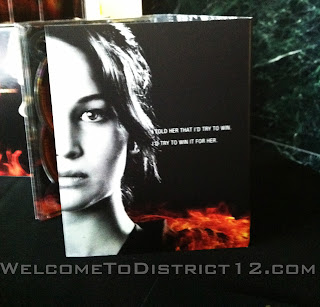 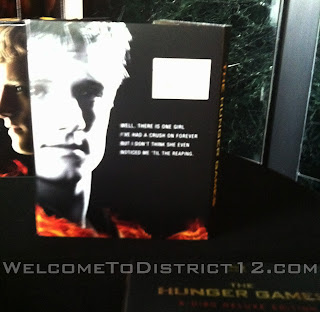 Check out this BEAUTIFUL DVD box set! It's from Target and we are naming this A MUST BUY!! Not just because it's the most aesthetically pleasing, but because this has a bunch of extra features aside from the one the DVD has. You will be able to enjoy a special look at the tributes we've come to know and love: The Tribute Diaries.

Note: There will also be extra special features if you purchase the film on iTunes! 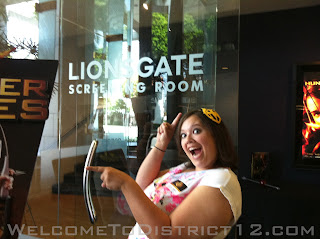 Then we were ushered into the Lionsgate Screening Room where VP of Marketing TJ Moffet introduced the sneak peek to us. It was specially edited together for this event and featured our sites! They showed us several sections of the extras, including parts of the Target, Walmart and iTunes exclusives. We were all pretty impressed with what they had shown us and couldn't wait to get our hands on the full features!


Afterwards we were surprised by Foxface herself Jackie Emerson! She hung out with all of us while we had lunch, telling us funny stories and asking us about what it's like running fansites. We spoke with several members of marketing, publicity, and the Home Entertainment department, giving them feedback and answering some of their questions.
And then came the swag bags! It turned out that we wouldn't have to wait much longer to get our hands on the movie, not to mention TONS of Hunger Games merchandise! Thank you to Lionsgate, we were very surprised! Could there be some giveaways in the future?!


Overall we had a blast! We loved what we saw at Lionsgate and cannot wait to watch all the features. We're very much into DVD special features so we're incredibly excited!


And look out for a full review of the features on Friday August 10!!!
Posted by Tiffany at 6:49 PM