Mockingjay Part 1 and 2 to be Shot Together 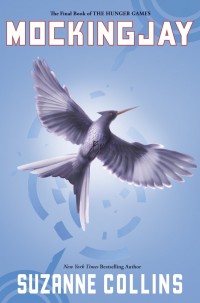 Some more Mockingjay news! The LA times recently came out with an article about Lionsgate foreseeing a bigger loss financially with Catching Fire, but to improve with the Mockingjay movies. In the article they reveal that Mockingjay will be shot back to back:


Lions Gate expects to make slightly less money on next year's "Hunger Games" sequel "Catching Fire" than it did on the original due to higher costs, but hopes to improve its bottom line on the final two films in the franchise by shooting them back-to-back.

On a conference call with analysts discussing the company's financial results for its fiscal first quarter, Lions Gate motion picture group Co-chairman Patrick Wachsberger said, "The profitability of 'Catching Fire' might decline slightly due to the scope of the film." That's a reference to higher costs for production and bringing back the movie's actors, which will apparently outweigh improvements the studio is receiving in its production tax credit as well as the terms of sales to foreign distributors.

"The Hunger Games"cost nearly $100 million to make, though tax credits brought that total down to a little more than $80 million. Lions Gate executives did not specify the planned budget for "Catching Fire" on the conference call.

Analysts estimated soon after the March release of "The Hunger Games" that the movie would bring in about $300 million in profit to Lions Gate.