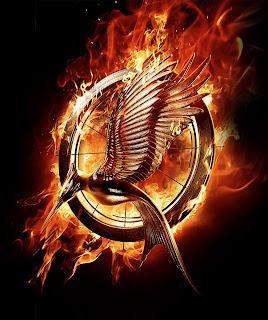 Looks like production in Hawaii will most likely cease on December 22nd according to HawaiiNewsNow:

NORTH SHORE, OAHU (HawaiiNewsNow) -
An almost guaranteed blockbuster has begun filming in Hawaii. Catching Fire, the much anticipated sequel in The Hunger Games trilogy, is shooting at several locations in the state between November 26 and December 22.
The star of the movie, Jennifer Lawrence, was spotted in character and armed with a bow and arrow splashing into the ocean on Oahu's North Shore Monday. Filming is also planned in Manoa.
"It's a testament to the fact that Hawaii was able to provide the location that they needed," said Donne Dawson, State Film Commissioner.  "They looked all over the state and other jurisdictions and settled on several spots here on Oahu."

Although all the set photos have been great, we sort of hope there won't be too much more (so there are more surprises for us when we see Catching Fire). We are wondering what the next stop in production is, or if they will be wrapping principal photography after Hawaii. Wrapped production means they can move onto post production!!