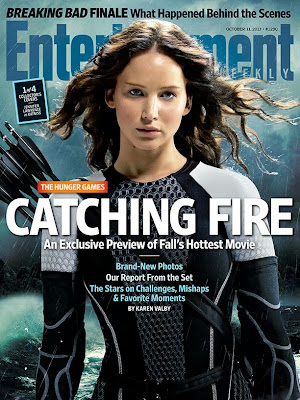 The new Catching Fire issue is here! It has four different covers and probably hits newsstands Friday. Or, if you are too impatient for that you can buy the digital copy NOW.

These covers look pretty sweet, and we are definitely getting more psyched day by day as more Catching Fire promotion is being released. We notice many have been concerned over the Gale cover, it's possible it is just the arena background to match all the other covers.  Unless....he's part of the rescue mission? We think the most logical option is that it's just for the sake of matching covers. Check out what Entertainment Weekly had to say about the new issue:

In this week’s cover story, EW goes deep — deep into a Hawaiian jungle, that is, for an exclusive visit to the set ofThe Hunger Games: Catching Fire. The highly anticipated sequel, in which Katniss Everdeen (Jennifer Lawrence) pays dearly for sparking unrest in Panem, doesn’t hit theaters until Nov. 22 (though advance tickets went on sale today). But we’ve got all kinds of reporting to whet your appetite. Plus, Katniss, Peeta (Josh Hutcherson),  Gale (Liam Hemsworth), and Finnick (newcomer to the franchise Sam Claflin) all get their own collectible covers.
After a special report from the sweltering set in Hawaii, we head to Santa Monica, where EW reconvened the stars — along with new director Francis Lawrence and producer Nina Jacobson — for a rollicking conversation about the new movie. Among the subjects? Everything from the decision to “man up” Peeta’s character for the movie to Lawrence’s spectacular fall in Katniss’ wedding dress while the cameras were rolling. The filmmakers also talk about creating new scenes for Plutarch Heavensbee (played by Philip Seymour Hoffman), and actress Jena Malone talks about the thrill of playing the ax-wielding tribute Johanna Mason. Despite the easy camaraderie of the crew, everyone took seriously their mission to respect the pained heart of author Suzanne Collins’ sequel. “In every scene we asked ourselves, ‘How would these people feel if they came back to the Hunger Games,’” says Jacobson. “What happens when you come back from these experiences of war, not what happens in a movie when you’ve kicked a lot of ass?” 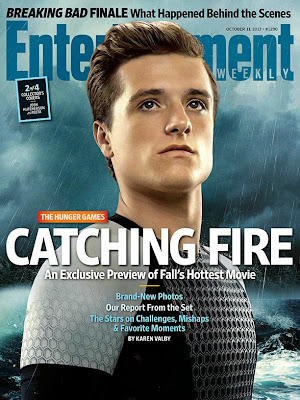 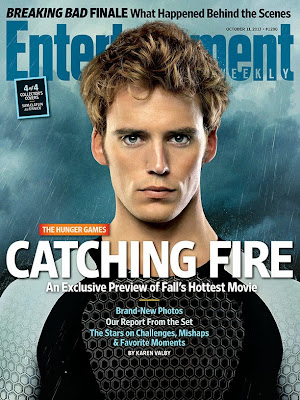 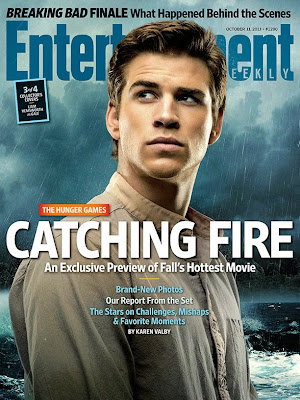