Today has been a roller coaster of a day over in the Capitol. The rebels hacked The Hunger Games twitter and posted a QR code (also found on district13.co.in): 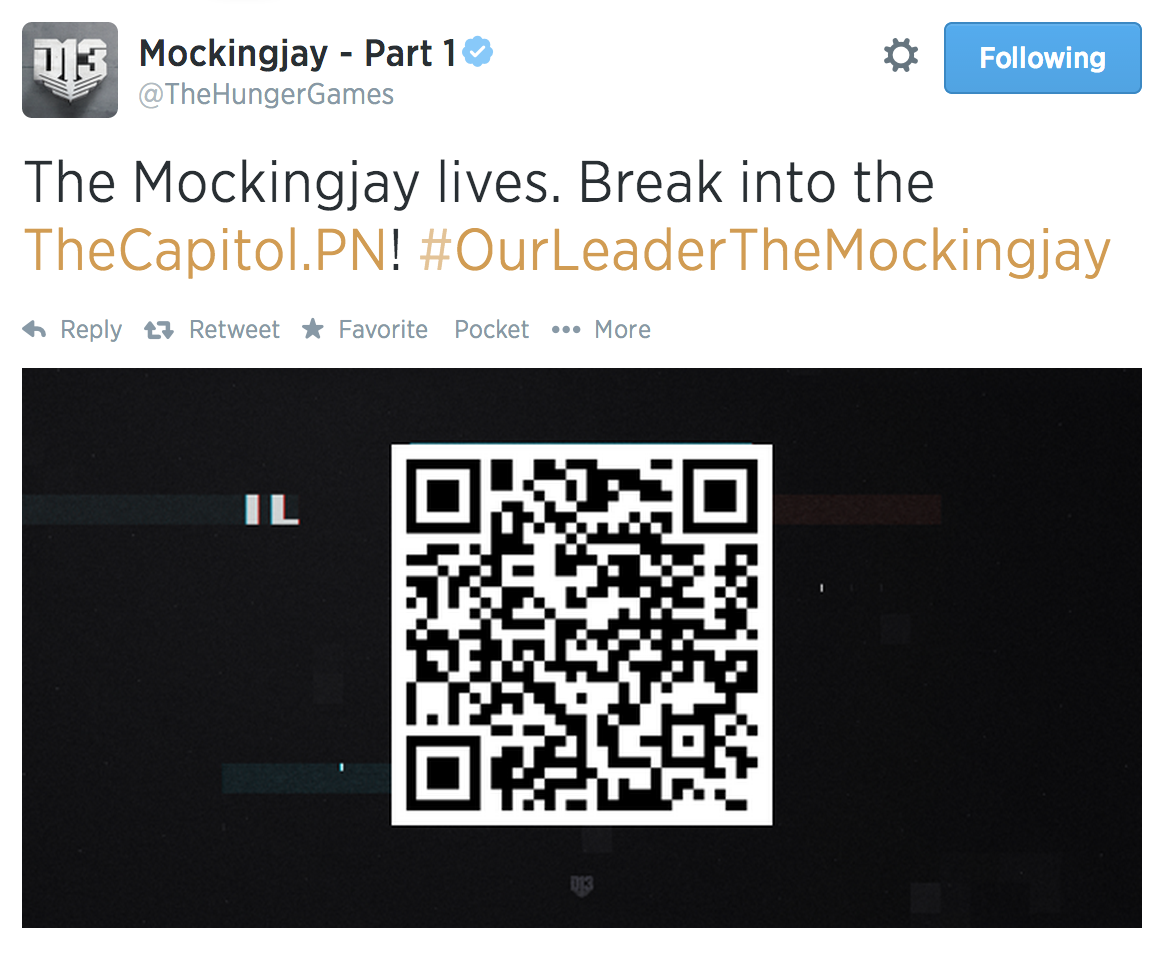 Scanning that code with a QR reader on your phone (note: iPhone users were having difficulty with this process) would get you to the mobile site m.district13.co.in that encouraged users to connect via Twitter or Facebook. The following images are from Jabberjays.net, as we're iPhone users and were unsuccessful with getting through the process.

After entering the Session ID from TheCapitol.PN, you would get this:

That leads you to a main page to unlock hacks. Clicking Reveal D13 Citizens gave you the teaser poster below.

How great do these look?

Effie looks great, obviously trying to style the drabby District 13 uniform. Though she wasn't in District 13 in the books, we're glad to see her. And Beetee is confirmed to be wheelchair bound like in the books. Haymitch looks like he's having a tough time sober, and Plutarch is just as stately looking as always, despite the uniform. And Coin is curiously the only one in front of the Mockingjay symbol.

We'll update if we find anymore!