Monday evening, the beginning of the end. After getting ourselves beautified, Courtney, Tiffany, Janine and I arrive at LA Live to enjoy one last Los Angeles Hunger Games Premiere. After spending days camping out for the first two premieres and jumping in line last minute after a shift at work last year, this year we got to have a mini reunion with our fellow fansite runners before getting our tickets to the movie and passes to the after party.


The first thing that made this premiere stand out from the others was the INSANE WIND! We went from polished to THIS

It was so cold and windy that the heaters they had initially wanted to put out kept falling over so we had to suffer. Though I was wrapped in the warmth of a faux fur coat, Courtney, the poor girl, had made incredible archery inspired accessories to her outfit that she wanted to put on display, so she suffered. 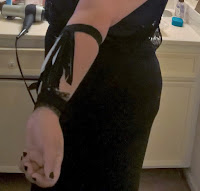 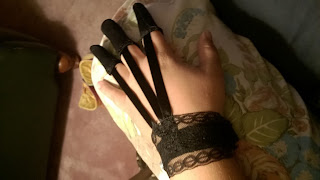 
Courtney also made President Snow inspired accessories for all of us!

After getting our amazing view at the front of the red carpet we waited until the stars arrived.

The drummers finally start and the red carpet begins!

Sadly, our picture opportunities with Josh and Liam didn't go smoothly, so we don't have those, and poor Jennifer got whisked through the red carpet after press photos.

After the last of the stars made their way into the theater, we got to go in to see the last film for the first time! The cast and key members of the crew came onto the stage to give a final send off before the film rolled. Thankfully Janine had spare tissues, because I cried my way through that movie.

As we made our slow exit out of the theater, we got our passes ready to enter the after party.

As we ascended the stairs, the first thing we see is a three finger salute, which we had to take a picture in front of.


The entrance of the party was made to look like President Snow's mansion!


We filmed the way into the mansion, and you might catch a glimpse of JK Simmons to our right as we walked in.

We entered the party and one of the first things you see in the middle of the room was a greenhouse filled with white roses, while the rest of the room was filled with red roses. We had such a wonderful time and the cast was all over. We even ran into Amandla Stenberg, who I had to gush over!

The VIP section was closed off with a Capitol symbol hanging over it, but we made our way over to say hi to some friends. Stef Dawson was awesome and took pictures with all of us! 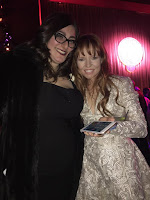 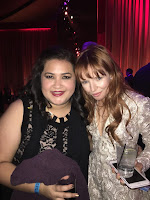 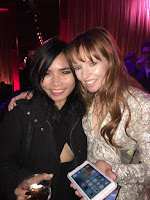 We then ran into Jackie Emerson and told her about the Samsung experience, which they had at the after party! We all went over to check it out. Sadly they stopped doing the Faces of the Revolution posters because of the high demand, but we managed to take our own photos. 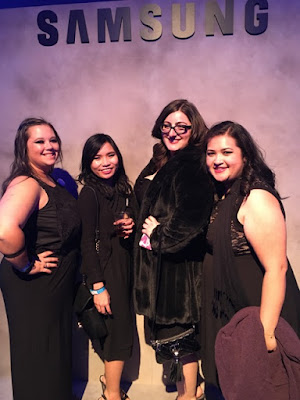 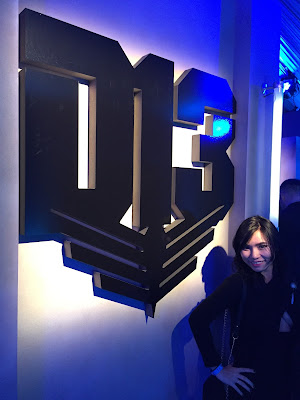 Sadly, the night had to end at some point (and that point was nearly 3AM) so we had some dessert with the other fansites and said our goodbyes. What a wonderful end to many years. It was a dream come true to get to have an opportunity like this. Thanks to Lionsgate and to the cast and crew! You made this girl's heart soar.
Posted by Denise at 9:00 AM