PopMatters sat down with Greg Wells to talk about what it was like producing the companion soundtrack to The Hunger Games, Songs From District 12 and Beyond. He goes into the process of creating the Kid Cudi song on the soundtrack, "The Ruler and the Killer". 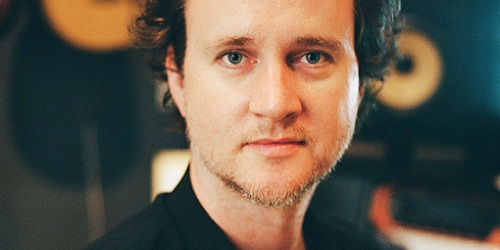 “Then Cudi would leave the room for about five or ten minutes and come back in and say ‘I think I got verse one! Let me just hold the mic and I’ll do it right here in the control room.’ So he did it right in front of us. One take. Everything was one take. He never re-did anything. And I thought he would, but he’d just say ‘OK, that was it.’ Like Frank Sinatra never did overdubs, it was a bit like that! [laughs] And I loved it! I’m not used to working with people like that. You know, everyone wants to hone it a bit, and he was just like ‘This is what it is.’

“I played some bass on it, and T-Bone played this kind of very vibey little acoustic guitar pass, he did the same kind of beat, he just jammed on acoustic guitar over this track. And pretty much everything he played in the first take was just this great little, fantastically weird little notes. They’re quite featured in the final mix I did on the track. And then I did a mix of that, we listened to it and lived with it. Cudi came in to tune up the guitars a bit ... and we had it. It was quick.

“I love how kind of quirky the thing is, and none of us knew we were gonna write a song that sounded anything like that! It’s a weird little menacing song. And Cudi just really tried to dial in the Donald Sutherland character in the movie. It’s very oppressive and messed up—evil. That’s the perspective of the singer in that song, and I like how creepy we got it.”

His success with the song was interesting, considering that he didn’t have any prior experience withThe Hunger Games. “I usually have a couple of projects going on at the same time, and between that and having three kids, I’m just so busy I don’t take in a lot of new stuff that doesn’t get put right in front of me,” Wells says. “So, I was somehow unaware of the massive phenomenon that is that book series. But I got played a very long trailer that I don’t think was ever released, a ten-minute trailer that was put together and really gave me a huge feel for what the movie is, and the arc of the whole story—and I was so sucked in. It was an incredible little vignette from that movie, and I was pretty much just like, ‘OK, I’m in! This is amazing. There’s nothing like it.’”

The soundtrack itself stands as one of the great film soundtracks of recent years. It, like Burnett’s soundtrack for the Coen Brothers’ film, O Brother, Where Art Thou?, and every soundtrack for every Quentin Tarantino film ever created, is a narrative in its own right, allowing the listener to know and live in the world of the film long after the screen goes dark. The album boasts talent like Taylor Swift and Kid Cudi, as well as The Decemberists, Arcade Fire, and Neko Case, among others, creating a rich tapestry true to the dystopian, Appalachian core of both the film and the books.

Check out the entire article here.