Conflict With Fox May Have Cost Us Gary Ross 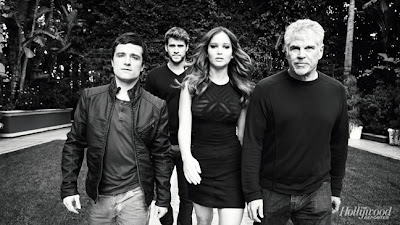 The Hollywood Reporter is reporting that scheduling conflicts with Fox regarding X-Men is what caused Gary Ross' decision not to return for Catching Fire.


When writer-director Gary Ross announced his decision to drop out of the next installment in The Hunger Games saga, he stated his reasons succinctly:

"As a writer and a director, I simply don't have the time I need to write and prep the movie I would have wanted to make because of the fixed and tight production schedule," he said Tuesday.

Ross did not allude to Fox, which had imposed that schedule by putting a January start date on its X-Men: First Class sequel with an ensemble role for star Hunger Games Jennifer Lawrence. And Ross did not express his misgivings about the particular challenges he perceives in framing and executing a film version of Catching Fire, the second book in Suzanne Collins' young-adult series.

Fox's January date led the bond company on Catching Fire to insist that Lionsgate commit to finish filming by Dec. 20, backing the studio into a production schedule with an August start date that Ross felt he could not accommodate. (Fox's deal with Lawrence predates her contract for Hunger Games, putting X-Men in a priority position.)

According to knowledgeable sources, Lionsgate Motion Picture Group co-chair Rob Friedman pressed Fox to set a later start date for the X-Men movie, even offering allurements including a chance to handle some of the overseas distribution on Catching Fire.

Fox was willing to move back its start date a few weeks and is still in conversations with Lionsgate on that issue. But the additional time would not have been enough to allay Ross's concerns. And Fox might have been inclined to cooperate only up to a point: When X-Men: First Class was released in June, the studio very much wanted Lawrence to attend the premiere. But the actress was starting The Hunger Games then and Lionsgate did not make her available, apparently causing severe friction with Fox. Friedman, who was not at Lionsgate then and has a good relationship with Fox's Tom Rothman, has been negotiating to win a little more time. Lionsgate is now said to be confident that it can complete shooting in the time allotted.

Some sources are skeptical that Fox actually will start filming the X-Men movie -- which still lacks a finished script -- in January. Its deal with Lawrence allows the studio to start within six months, so filming could begin as late as June. But given the possibility of an earlier start, the bond company on Catching Fire required a commitment that the film would be finished shooting in December.

Ross, who has earned screenplay Oscar nominations for Big, Dave and Seabiscuit, felt that he had to focus on the script for at least two months, leaving him only six to eight weeks to prepare for shooting. Sources also say he feels the second novel is the most challenging in the trilogy to make into a compelling film. Collins, who shares writing credit on The Hunger Games with Ross and Billy Ray, is said to want a screen version that is very faithful to her book.

Although the key actors are locked into Catching Fire, Lionsgate didn’t kick off a negotiation with Ross for the sequel until about three weeks before Hunger Games opened March 23.

It is unclear who might replace Ross and make the sequel in the time allotted, though no doubt many directors will be interested. And Friedman has shown in the past that he is willing to make changes. When he ran Summit Entertainment, the company memorably did not invite Catherine Hardwicke back to direct the second Twilight movie, New Moon.

Fox and Lionsgate declined to comment for this report.

Even though there haven't been official statements made about this from any of the parties, this sounds very plausible, especially coming from THR. All I'm saying is that I will be pissed if X-Men starts filming much later than January.