Rumor: Catching Fire Director will be either Lawrence or Miller 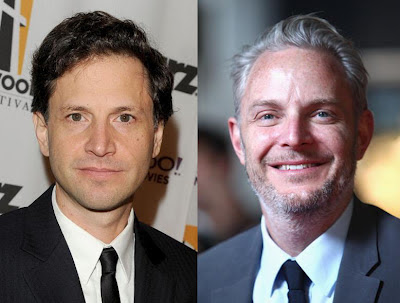 Rumor is, as reported by LA Times' 24 Frames, that the Catching Fire director job will go to either Miller or Lawrence and we'll find out by the end of the week.


The hunt for the new director on "Hunger Games" sequel "Catching Fire" is reaching its conclusion, with Lionsgate expected to offer the job to either Francis Lawrence ("Water for Elephants"; "I Am Legend") or Bennett Miller ("Moneyball"; "Capote") by the end of the week, according to knowledgeable sources not authorized to speak publicly.

Lawrence (no relation to "Hunger Games" star Jennifer Lawrence) may be the easier option because his schedule is open. One source said he has met with top executives at the studio and appears eager to take on the job.

Miller, meanwhile, would have to delay his plans to direct the movie "Foxcatcher" about John du Pont, the heir to the famous family's fortune who shot and killed an Olympic gold-medal-winning wrestler. The film, which recently added Mark Ruffalo to a cast that already includes Steve Carell and Channing Tatum, is supposed to start filming late this year.
The Austrian-born Lawrence got his start helming music videos for Britney Spears, Jennifer Lopez and Green Day. While last year's  "Water for Elephants" starring Reese Witherspoon did only modest business, he had great success with the 2007 "I Am Legend" with Will Smith. He's also quite proficient in special effects and knows his way around large film sets, two attributes crucial for directing the action-heavy "Catching Fire."

Miller has never directed a big-budget movie with special effects but was widely praised for his work on  "Moneyball" and "Capote" and was nominated for an Oscar for the latter picture.

With production set to begin in August, whoever takes the position that Gary Ross abandoned last week will be working furiously with screenwriter Simon Beaufoy ("Slumdog Millionaire") and producers Nina Jacobson and John Kilik to get the production ready in the next few months. The movie is scheduled to hit theaters in November 2013.