The Hunger Games Costumes at FIDM! 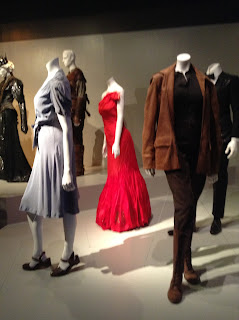 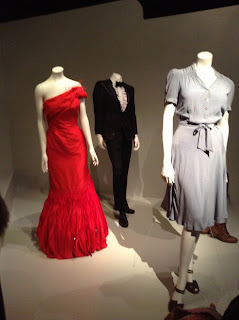 Live in L.A.? Did you miss The Hollywood Show? You have starting tomorrow, February 12th until April 27th (10am–5pm/Tuesday through Saturday) to see these Hunger Games costumes on display at FIDM in Los Angeles. The 21st Annual Motion Picture Costume exhibit will also have on display costumes from films such as A Royal Affair, Anna Karenina, Argo, Django Unchained, Hitchcock, Les Misérables, Lincoln, Mirror Mirror, Skyfall, Snow White and the Huntsman and more.

We (Tiffany and I) were lucky enough to go to the opening night of the exhibit last Saturday, and even got to meet the costume designer for The Hunger Games, Judianna Makovsky!
The exhibit has crazy cool costume pieces from many films, and we recommend YOU ATTEND! What's the best part of this exhibit aside from The Hunger Games? IT IS FREE. Though parking usually is not, we found a parking lot across the street from FIDM for $5 all day, FYI.

If you are still waiting for the costume tour to start touring, Check out tour dates and locations HERE.
Posted by Welcome to District 12! (Courtney) at 3:17 PM