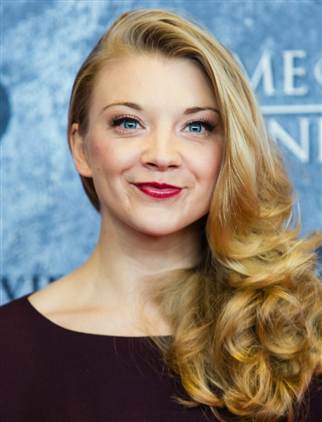 Whoa guys, we cannot be more psyched about this news! Actress Natalie Dormer has been cast as Cressida. She's known for her roles as Anne Boleyn on The Tudors, Margaery Tyrell on Game of Thrones, and Irene Adler on Elementary. 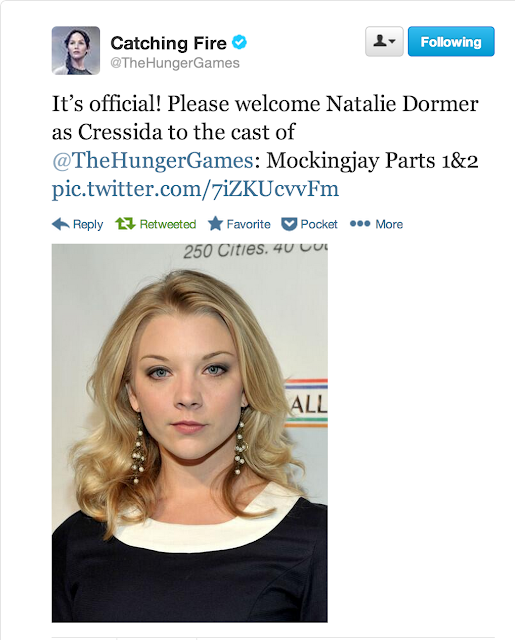 Dormer currently stars as “Margaery Tyrell” on HBO’s GAME OF THRONES and will be seen in Ron Howard’s RUSH this September, as well as Ridley Scott’s THE COUNSELOR in October. She has also completed production on the indie film POSH.
Dormer is represented by Untitled Entertainment, UTA and United Agents

Thanks to Hunger Games Examiner for the tip!
Posted by Tiffany at 2:32 PM