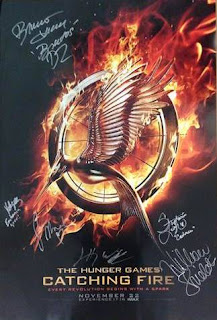 If you want some The Hunger Games: Catching Fire posters and help a good cause at the same time, here's your chance! 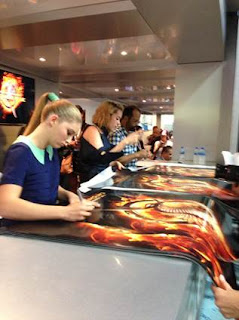 LIONSGATE is auctioning off five poster packages from CATCHING FIRE that include a poster signed by Jeffrey Wright, Jena Malone, Willow Shields, Stephanie Leigh Schlund, Meta Golding, and Bruno Gunn from the 2013 San Diego Comic Con benefiting The Elizabeth Glaser Pediatric AIDS Foundation . The winning bidders will receive the studio certified posters with a signed letter verifying their authenticity. Auctions begin today and will end August 7, 2013 . Interested fans and collectors should be aware there are only a limited amount available. 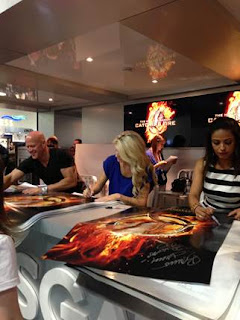 To bid on the poster packages, visit these links: