Something is FINALLY happening, Tributes!! Hunger Games Explorer has launched a "Tick Tock Countdown" and it looks like there are 12 hashtags: #TickTock1 through #TickTock12. 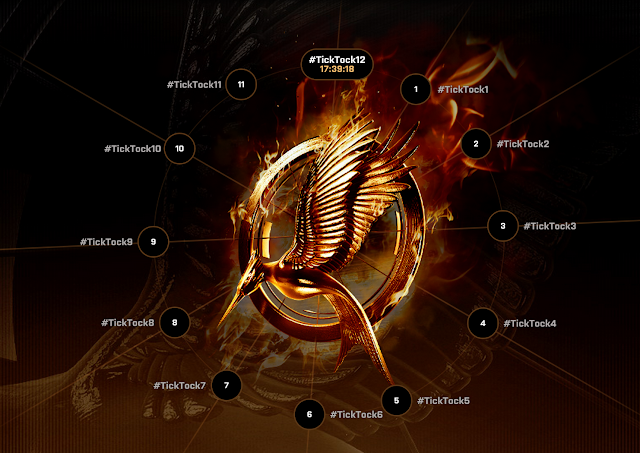 From the look of the countdown page, each hashtag is assigned to a section of the area clock to be unlocked in due time. The first countdown is for #TickTock12 which looks like something will be revealed TOMORROW MORNING @ 10 PST.

What do you think they will announce?!
Posted by Welcome to District 12! (Courtney) at 7:34 PM