Hack #7 has been unlocked on the District 13 mobile site!

After syncing your mobile device to your desktop and selecting Hack 7, you have to trace the pattern from the desktop onto your mobile device. (It's the same process as the previous hacks, so you can check out that link for screencaps.)

This is what appears after: 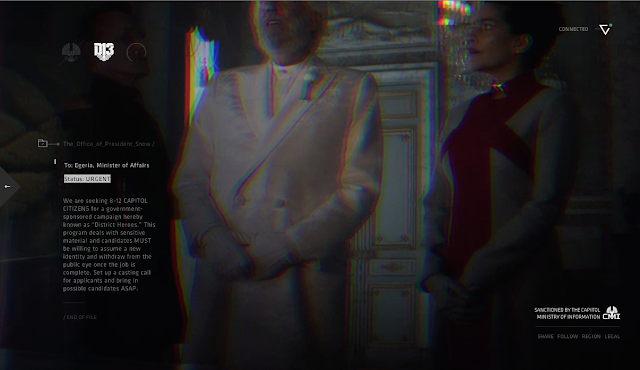 It is a memo from President Snow to his aide Egeria (you can see her in the "Courage" TV Spot) which says:


We are seeking 8-12 CAPTIOL CITIZENS for a government-sponsored campaign hereby known as "District Heroes." This program deals with sensitive material and candidates MUST be willing to assume a new identity and withdraw from the public eye once the job is complete. Set up a casting call for applicants and bring in possible candidates ASAP.

On the District13.co.in desktop site, we see two of Egeria's picks: 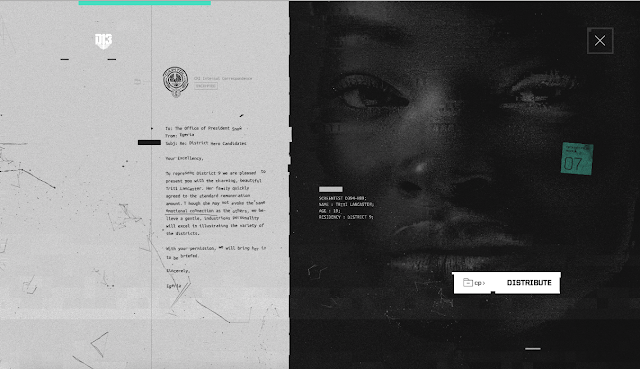 and Felix Stam from District 10: 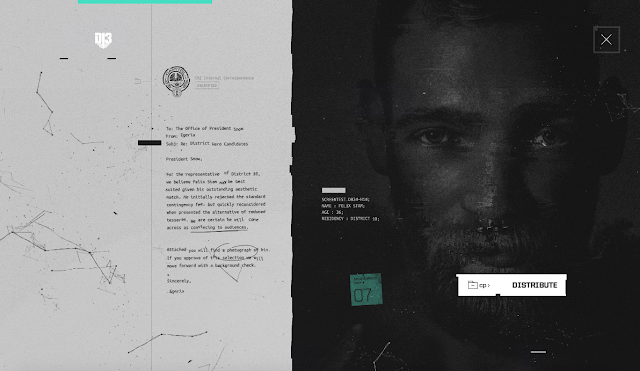