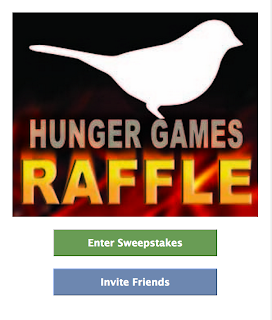 Blacksparrow Auctions as you may have heard, have been giving The Hunger Games costumes a tour around the United States (next one is in Chicago C2E2 Apr 26-28) before they go on auction at New York Comic Con in October. 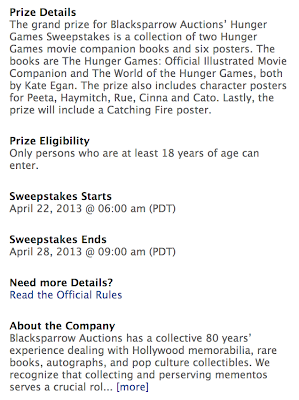 Contest available to U.S. and District of Colombia residents