Exclusive: Where Did Catching Fire Film in L.A.?

All we've had going for us in terms of production news is that Catching Fire is back to production, and we have yet to hear that things have wrapped up. Last year there was an announcement that they wrapped filming, and I expect that we will hear the same regarding Catching Fire. In March there was rumor that they were doing 2 weeks in Hawaii and two weeks in L.A, thanks to Russ Bowen. This piece of information relates to what we have found out in the past week and a half.

According to a few reliable sources, sometime in the past two weeks Catching Fire filmed in the Universal Studios backlot. This happening was extremely under the radar and secret.  During filming no one was allowed to go anywhere near the set, not even the daily tours that frequent the backlot. 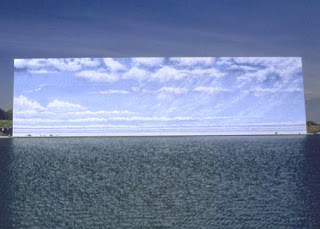 So where and what were they filming? We know that if there was only one location on the backlot they filmed, it was at "Falls Lake". Typically productions have Falls Lake drained of its water and use it for all the wide open space it gives. Some witnessed the set had towers and formed a fenced in area. Seems like it could be extra reaping shots or perhaps some sort of unknown district scene. Whether this was the first or second unit is unknown.

Any guesses as to what this scene could have been? Let us know in the comments.