Mockingjay Pt. 1 On the Cover of Empire Magazine

The December issue of Empire Magazine features a new promo picture of Katniss in her Mockingjay outfit with her fancy new bow: 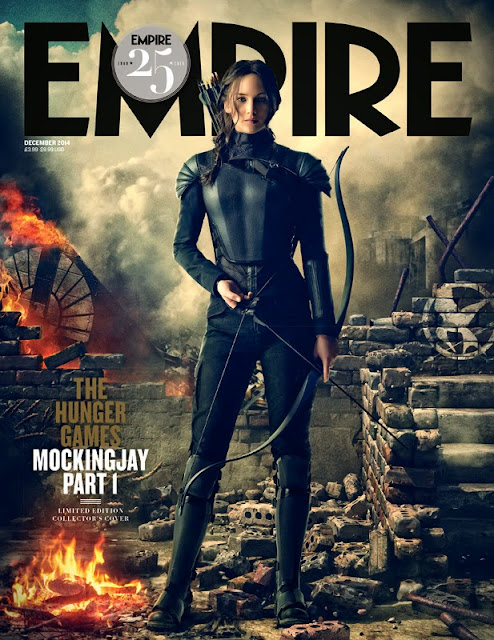 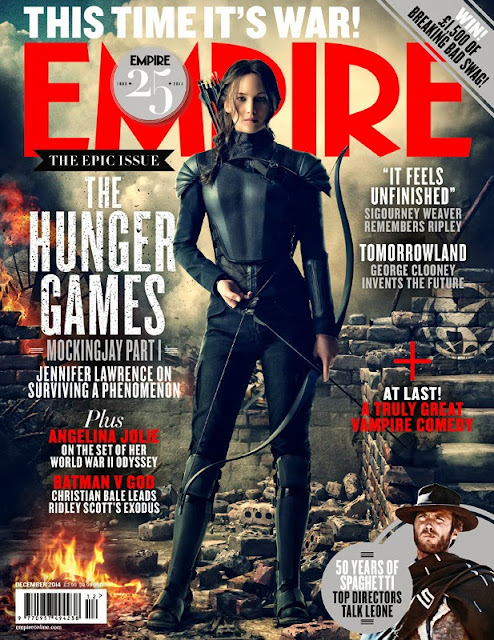 Inside the issue, everyone from old hands Jennifer Lawrence to franchise newcomers Julianne Moore (playing District 13 President Alma Coin) talk about what to expect from the first half of the final chapter of the immensely popular post-apocalyptic series, and how the story has been tweaked to accomodate all that plot.

The details you can see on the subscriber's cover (left) are really cool - the Mockingjay symbol on the right and the Capitol symbol, partially in flames, on the left. The December issue of Empire Magazines will be available digitally and on newsstands this Thursday, October 30.

Empire Magazine
Posted by Janine at 8:30 AM