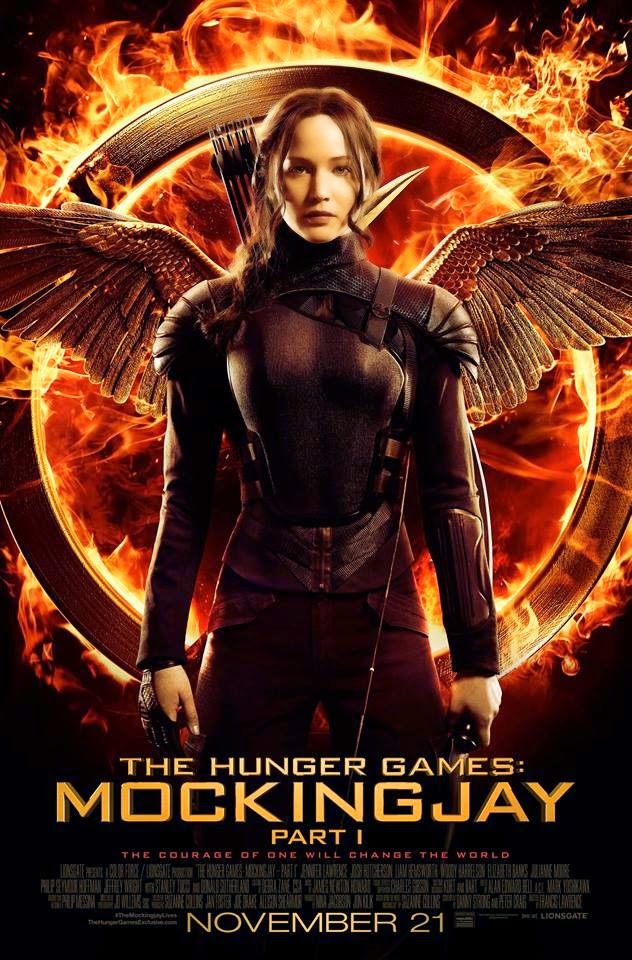 As expected, November will be surely be a busy time for us Hunger Games fans.

Today, Lionsgate announced plans for the press tour and premieres for The Hunger Games: Mockingjay Part 1.

On November 1st, the press tour will start in Beijing and hit Seoul, London, New York and Los Angeles. Cast members including Jennifer Lawrence, Josh Hutcherson, Liam Hemsworth, and Sam Claflin will be in attendance.

Elizabeth Banks, Julianne Moore, Natalie Dormer, Stanley Tucci and Donald Sutherland will join them in Leicester Square in London for the world premiere on November 10th. Fans in the US who purchase tickets on Fandango October 29th during the first 24 hours of advance sales will be entered for a chance to win a trip to the London Premiere.

All of the cast will reconvene for the Los Angeles premiere, which will take place on November 17th at the Nokia Live Theater.

For the full press release and details, look under the cut.


LIONSGATE TO DEBUT THE HUNGER GAMES: MOCKINGJAY – PART 1 AT WORLD PREMIERE IN LONDON ON NOVEMBER 10, 2014

World Press Tour Kicks Off in Beijing on November 1

Elizabeth Banks, Julianne Moore, Natalie Dormer, Stanley Tucci and Donald Sutherland will join the delegation in London for the film’s UK world premiere in Leicester Square. Fans in the U.S. who purchase tickets on Fandango October 29th during the first 24 hours of advance sales will be entered for a chance to win a trip to the London Premiere. All purchases on AMCTheaters.com, Cinemark.com, Fandango.com, and MovieTickets.com in the first 24 hours will receive a free download of The Hunger Games: Catching Fire on VUDU.

All of the cast will reconvene for the Los Angeles premiere, which will take place on November 17th at the Nokia Live Theater.

The first Hunger Games film generated nearly $700 million at the worldwide box office. The second film in the franchise, The Hunger Games: Catching Fire, was the #1 domestic film of 2013 and the 10th highest-grossing North American release of all time, grossing over $860 million around the world and bringing the combined global box office of the first two films to over $1.5 billion.

The worldwide phenomenon of The Hunger Games continues to set the world on fire with The Hunger Games: Mockingjay - Part 1, which finds Katniss Everdeen (Jennifer Lawrence) in District 13 after she literally shatters the games forever. Under the leadership of President Coin (Julianne Moore) and the advice of her trusted friends, Katniss spreads her wings as she fights to save Peeta (Josh Hutcherson) and a nation moved by her courage. The Hunger Games: Mockingjay - Part 1 is directed by Francis Lawrence from a screenplay by Peter Craig and Danny Strong, from an adaptation by Suzanne Collins and produced by Nina Jacobson's Color Force in tandem with producer Jon Kilik. The novel on which the film is based is the third in a trilogy written by Suzanne Collins that has over 65 million copies in print in the U.S. alone.

Lionsgate, home to The Hunger Games, Twilight and Divergent franchises, is a premier next generation global content leader with a strong and diversified presence in motion picture production and distribution, television programming and syndication, home entertainment, digital distribution, new channel platforms and international distribution and sales. Lionsgate currently has more than 30 television shows on over 20 different networks spanning its primetime production, distribution and syndication businesses, including such critically-acclaimed hits as the multiple Emmy Award-winning Mad Men and Nurse Jackie, the comedy Anger Management, the broadcast network series Nashville, the syndication success The Wendy Williams Show and the critically-acclaimed hit series Orange is the New Black.

Its feature film business has been fueled by such recent successes as the blockbuster first two installments of The Hunger Games franchise, The Hunger Games and The Hunger Games: Catching Fire, the first installment of the Divergent franchise, Now You See Me, Kevin Hart: Let Me Explain, Warm Bodies, The Possession, Sinister, Roadside Attractions' A Most Wanted Man, Lionsgate/Codeblack Films’ Addicted and Pantelion Films' breakout hit Instructions Not Included, the highest-grossing Spanish-language film ever released in the U.S.

Lionsgate's home entertainment business is an industry leader in box office-to-DVD and box office-to-VOD revenue conversion rate. Lionsgate handles a prestigious and prolific library of approximately 16,000 motion picture and television titles that is an important source of recurring revenue and serves as the foundation for the growth of the Company's core businesses. The Lionsgate and Summit brands remain synonymous with original, daring, quality entertainment in markets around the world. www.lionsgate.com
Posted by Tiffany at 2:44 PM