This chapter starts Part II of Mockingjay "The Assault" and picks up immediately after the cliffhanger at the end of the previous chapter. Peeta had warned District 13 of an attack, and Katniss watched him getting beaten before the video feed cut off. She emotionally tries to deal with what she had witnessed when Haymitch and Coin argue about the validity of his warning. When Haymitch and Katniss assure Coin that Peeta believes there will be an attack, Coin decides that a Level 5 drill would be helpful in any case. Boggs leads her down in the depths of District 13 to the bottom of the stairs.

Plutarch finds her and asks her to be an example to the rest of District 13 and to act calmly in order to keep everyone else calm. When he leaves, she inspects and puts together her family's compartment according to the instructions: 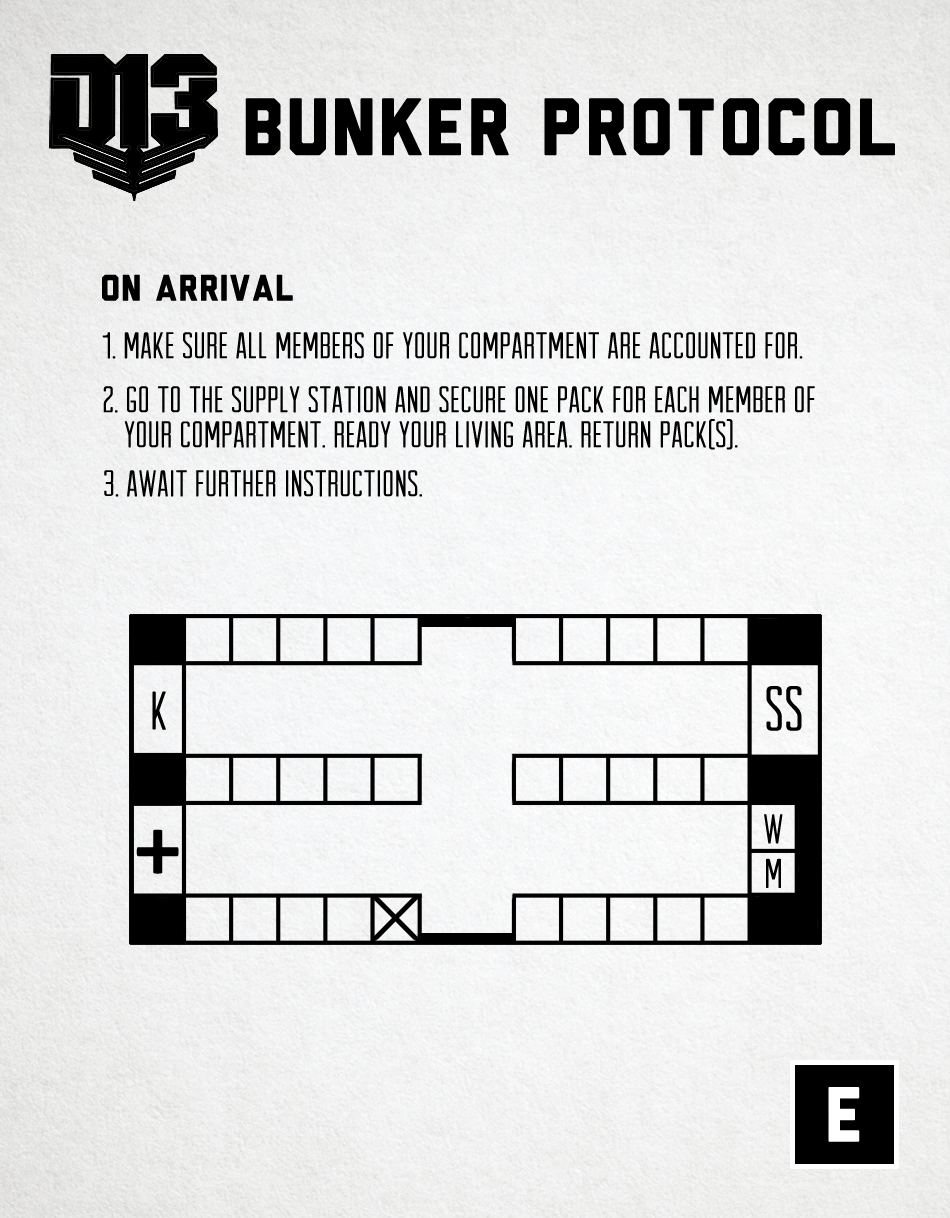 Katniss notices that the others around her follow her example. It's a small indication to both the audience and Katniss that she holds sway over people. Even in a situation like this, she has more power than she thinks.

When Mrs. Everdeen arrives without Prim, Katniss realizes that Prim had gone back to their compartment to get Buttercup. She panics and rushes to the doors, which are closing, and shoves herself in between them. Gale and Prim arrive with Buttercup, Katniss's game bag, and the box of medical supplies they brought from District 12. As this scene would add suspense, I'm hoping Prim almost getting locked out will make it in the movie.

They get to their compartment, and Coin starts to make an announcement when the first bomb hits. Katniss brings their beds to the floor so that she, Prim, and Buttercup can huddle together. They talk, and Prim tells Katniss that she thinks she'll be trained to be a doctor.

When Prim asks Katniss how she is doing, Katniss opens up to her and explains how she is worried that President Snow will kill Peeta. Prim tells her that they won't because Peeta is all Snow has to get to Katniss.

Prim sounds about a thousand years old when she speaks.

“Whatever it takes to break you.”

In this exchange, we get both an insight into Prim's wisdom and growth and a sense of foreboding. Prim's words will fuel Katniss's motivation to save Peeta, so I'm fairly confident this conversation, in some form or another, will end up in the movie.