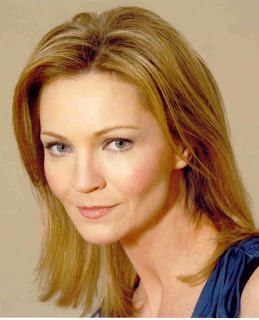 Welcome to "Campaigning for Coin"! We're looking at Alma Coin hopefuls and today we bring you Joan Allen! As you read these posts, please comment on who your fan cast for Coin is! Of course we don't need to remind you....

Today fan sites take a look at Joan Allen. Here's what we had to say:


Courtney/Tiffany: Joan Allen? Yes, yes, and yes. Joan Allen is one of those under-the-radar actresses, which in itself we are more leaning toward when it comes to who is playing Coin. There are plenty of great actresses out there and so many of them are under appreciated. Joan has had tons of work, yet she's not an A-lister. We think she's got the hard look of Coin, yet unassuming enough that you would think nothing sinister was going on within that character. She seems to play diverse types of roles, from commanding in the Bourne movies to demure in Pleasantville, so we're confident she can pull off the duplicity of Coin. Yes, please!

Savanna: While I'm definitely aware of Joan Allen's talent and fame, I've only seen her in a couple of things, so I hardly feel qualified to make a personal statement about her abilities as an actor. Yes, believe it or not, I've never seen the Bourne films or The Mists of Avalon or Nixon or Pleasantville. Or any of her other notable performances for that matter. (What's wrong with me?) All that being said, however, I'd be totally thrilled to see her play Coin. She's the right age and definitely has a great look for the role. Unlike Glenn Close and Tilda Swinton, Allen has a much softer appearance that would believably mask Coin's ruthlessness (and certainly fool movie viewers who have not read the books). And as a Tony winner and Academy Award nominee, she'd also lend even more acclaim to an already much-celebrated cast.

Lindsay: I'm thrilled Joan Allen is one of the actresses we are talking about here, because she is the exact person I was thinking of when reading the book. I think she's an exceptional actress. I first took notice of her as the dysfunctional mother in The Ice Storm, but loved her role as an oppressed woman coming into her own in Pleasantville. It's her role as Pamela Landy in the Bourne franchise, though, that really seals the deal for me on this one. She's tough-as-nails when she needs to be. Ready to take on the man. She's been nominated three times for an Oscar. To me, she looks perfectly the part. I think she's been underestimated as an actress. She's not so stunning it would throw you off to have her as your Coin, but also not unattractive. I'd love to see Allen, or someone of her caliber, take on the role.

Carla: Joan Allen is a legend, and I would be over the moon if she were cast as President Coin. Every role I've seen her play, even those characters that were not in any sort of position of power, demand attention the way I expect Coin would. She was incredibly intense in the Bourne movies, and I'd be thrilled if she can bring that to Coin's characterization. But my favorite thing about Allen is that she can play characters that are perfectly agreeable-- with an edge. I'm thinking particularly of her roles in The Notebook and Mists of Avalon as I say this, but even in her other projects I've seen that she can come across as perfectly diplomatic and no-nonsense, and with just a single gesture (a tightening of the lips, a narrowing of the eyes, a deepening of her tone) she can convey that she's really not that agreeable at all. And there's a layer of brattiness to her, but not in a way that makes her seem childish, but in a way that makes her come across as controlling and manipulative. And Coin needs that, in my opinion. Coin needs to be someone who can seem like a leader who has everything under control at first glance, yet have a subtle bitchiness to her that only becomes obvious when she's around Katniss. And I've hardly seen anyone better at conveying such a trait than Joan Allen. She would be a fantastic choice for the character if you ask me, definitely one of my favorites on this list.

Kelsey: Joan Allen is an actress with many different faces. From the innocent but persecuted Elizabeth Proctor in The Crucible, a picture perfect housewife with a deep-seeded restlessness in Pleasantville, to the overbearing mother in The Notebook. But can she pull off the cold and calculating President Alma Coin in our beloved Mockingjay movies? To find out, we can take a look at her work as Pamela Landry in The Bourne franchise. Allen portrays a leader much like Coin, and what the two ladies share is a strong dedication to their perspective causes. On the outside they carry a strength and confidence that inspires people to follow them, and yet they both have their own agendas. I think Joan could pull off the role very well, and what gives her an edge is the wide range in her filmography. Allen’s kind of talent can give President Coin a well-rounded outer shell, in addition to bringing out her inner darkness.

Stay tuned for more Coin fan casting. Sound off in the comments who you hope to see as Coin!
Posted by Tiffany at 9:49 PM