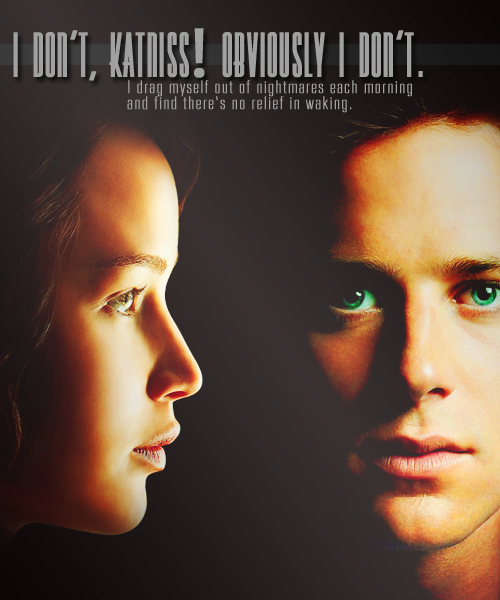 I've decided to weigh in on the Armie Hammer for Finnick Odair debate. Finnick is such a beloved character in the series that I'm confident he will be tougher to cast than even Katniss was. Personally, I have two Finnicks in my head: Garrett Hedlund (who we might talk about later) and Armie Hammer.

Check out my thoughts and the thoughts of other fansite runners after the cut!


Though my love went to Andrew Garfield while watching The Social Network, there is no denying Armie Hammer's handsomeness. Whew boy, is he handsome! And there were two of him. Double the handsome!

After first watching The Social Network, I forgot about him for a few months. I didn't really get caught up in The Social Network craze around Tumblr at that time. Didn't watch the hilarious interviews or anything like that. Then came award season. That's when I came to realize how damn likable the guy is. The guy is hilarious! Here, have some evidence.

Also around this time, I saw that The Social Network DVD was on sale so I went ahead and bought it on impulse since I liked the movie enough and my love for Andrew Garfield was growing. If you can get your hands on a copy, I always recommend listening to the cast commentary because Armie Hammer, Andrew Garfield and Josh Pence (the actor who had Armie's face CGI-ed onto him so they could play twins) are together during the commentary and they are pretty funny. Armie practically steals the whole commentary through his charm and playfully sarcastic wit.

And while his body of work might not be that full, he is on the rise, working with esteemed directors like David Fincher and Clint Eastwood and having a number of upcoming projects, like playing Prince Andrew Alcott in Mirror Mirror and the title character for The Lone Ranger. Being in The Social Network is actually a big deal, acting-wise, since it was written by Aaron Sorkin and the one thing he is known for is that his scripts are tough for actors. Lots and lots of witty dialogue, fast-talking, big words, and combined with David Fincher, who has a reputation of having very specific vision for his films and requiring take after take after take (and he had to do double that because of the twin thing), the fact that he's able to shine at all in that movie is very impressive. And though I wasn't a huge fan of J. Edgar, Armie really stood out in the role of Clyde Tolson, bringing a bit of levity to the movie but also the emotional climax of it.

Personally, I was pretty flabbergasted that such a person like Armie Hammer existed. Gorgeous, check! Charming, check! Hilarious, check! Talented, check! And for someone with a famous, wealthy family (his great grandfather, Armand Hammer, who he is named after, was an oil tycoon and philanthropist, the Hammer Museum in Los Angeles - where I went for a field trip in high school many moons ago - is named for him), he seems pretty down to earth. He's had an interesting life so far, moving to the Cayman Islands when he was 7 and living there for 5 years. How very Finnick Odair, spending his childhood on beaches! It's hard not to kind of fall in love with him, and we're not surprised that he married relatively young, what with all that he's got going for him.

So what makes him a great Finnick Odair?
Have I convinced you all yet? Let us know in the comments! And if you like my graphic up there, please like or reblog the tumblr post and credit mellarky.tumblr.com. Thanks!

There's nothing for me to add here! Everything Tiffany said!

Here's what other fansites had to say:

Victor's Village
Rebekah: What can I say about Armie Hammer that I haven’t said before? Not much, so I may as well reiterate myself. Armie Hammer has resoundingly become who I picture when I picture Finnick Odair. It took one interview and a re-watch of The Social Network for this to happen. Armie’s got this energy about him, he’s enthusiastic, charming and emphatically charismatic. After watching almost his entire dossier of work, I also know without a doubt that he has the range and the emotional wherewithal to take on this role. For me also he looks like Finnick, he’s tall (6’5), he has bronze hair (I don’t know where this misconception that bronze means ginger, but it doesn’t), unfortunately he doesn’t have sea-green coloured eyes, honestly though – I’ve never seen anyone in my life who has eyes that specific colour. Besides the specific physical characteristics, I like that at 25 he looks like an adult. I say that because I’ve found that many of the actors people have fantasy cast are known for playing teens – and Armie could never be mistaken for a teen. Having an actor who looks like a young adult in his 20s, next to Jennifer Lawrence who is 21 herself, makes too much sense to me. So, on that note I almost screaming admit that if he’s not seriously considered for this role I will be genuinely very very upset.

Down with the Capitol
Arianna: I first heard about Armie Hammer a couple months ago. When I went searching for more info on him, the light bulb dinged on “Ohhhhh the Winklevoss twins.” Naturally I had to watch the Social Network again and after doing so I can say I can see Armie as Finnick. Not only is he extremely attractive but he also has the height and a great built. He’s a great actor and his career is headed in the right direction with movies such as The Social Network, J. Edgar, and Mirror Mirror which is releasing this year. My only complaint is that I have only seen his cocky side, so I’m weary of him playing Finnick when he’s down and out.

HG Movie Site
Erin: Armie Hammer. I am going to try to be nice, because I am so against him for the role. He is too old, and I am fully aware that looks are subjective, but I just can't see what people find attractive about him. I think he's a great actor, but just doesn't scream Finnick to me. And so to be nice, I will leave it at that. He's just not my Finnick.

Hunger Games Fireside Chat
Savanna: It's no secret that I would give [almost] anything to see this man wielding a trident and asking Katniss about sugar cubes next year. I created the "Armie Hammer for Finnick Odair" Facebook page and have been championing this cause ever since a friend presented the notion of Armie as Finnick to me several months ago. Armie is the right age (25), has the right build (he's 6'5"!), and is an absolutely phenomenal actor who I know would do the part justice. We've seen him do the cocky/confident thing in The Social Network, and he proved he's capable of handling meatier, more complex roles by tackling J. Edgar's Clyde Tolson. He's also ridiculously beautiful, which is a definite Finnick pre-req. And he grew up in the Cayman Islands -- a.k.a. District 4 -- where he walked around with "a machete on [his] hip," chopping his food down from trees. He IS Finnick. Lionsgate, are you listening?

The Hob
Lee: Armie Hammer would be an interesting choice to play Finnick. Physically imposing at 6' 5" (per IMDB), he would visibly personify a tribute whom at age 14 won the Hunger Games and calls the trident his weapon of choice. His acting work is very high energy (ex. The Social Network), and his body of work has been dramatically diverse, including everything from period pieces like J Edgar to TV shows like Reaper to the fantasy genre with Mirror, Mirror. While Armie is in the right age range to play the role (he's 26 this year, Finnick is 24), he physically looks older and more mature than Finnick. And there's no doubt Armie is a handsome man, but I'm not quite sure he has that over-the-top, take it to the next level, dreamboat look that Finnick is supposed to encompass.

Hunger Games Network
Tanvi: There's a small but significant part of the fandom that's going crazy over Armie Hammer as Finnick. Personally, I had a lukewarm response to him, only because I thought him too old - and too tall. But let's get over that and focus on the acting part - we've seen him in The Social Network and, if you remember, Gossip Girl. The guy definitely has the charismatic charm of Finnick, and a swoon-worthy face. My issue with him is that I see him as the Finnick of Mockingjay - not sure if he can pull off the Finnick of Catching Fire.

HG Girl on Fire
Sheila: I know that Armie has a strong following to be cast as Finnick, but in my mind he is just not what I pictured . While Armie is obviously handsome, charming, and has a great voice (at least in my opinion), I'm not convinced that he captures the essence of the Finnick I had in my mind. The Finnick I always imagined would be undeniably handsome, have a lot more "swagger' and would exude a depth to his persona that makes a person want to dig deeper to see what's underneath. In the Social Network, Armie had a fine performance, but he didn't leave me with a lasting impression.

Mockingjay.net
Crystal: I know I will probably get stoned to death for saying this, but Armie Hammer is just not Finnick in my mind. Sure, he's good looking, but he's just not the confident, fantastically handsome and sexy guy I think Finnick should be. I've seen him in The Social Network, so there's no doubt he can act, but I feel like he's more gloomy than charming. Very serious. Maybe I've just let his Social Network role taint my outlook of him, but I admit I'd be disappointed if he was cast.
Posted by Tiffany at 5:47 PM