Jennifer Lawrence, Josh Hutcherson, Liam Hemsworth and Gary Ross on the cover of the Hollywood Reporter 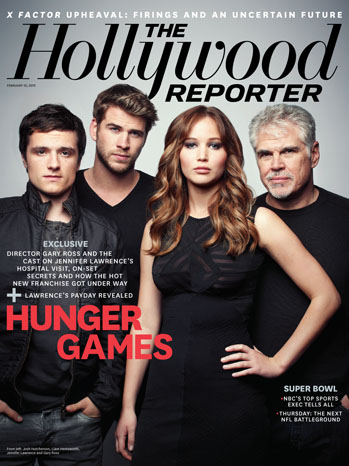 Here are some excerpts from the feature in The Hollywood Reporter (read the full article here):


"You wouldn't look at a premise like Hunger Games and think Gary Ross," he admits of the venture, based on Suzanne Collins' best-selling young-adult novel set in a futuristic America where a bright 16-year-old girl is forced to take part in gladiator-like combat -- kill or be killed.

So Ross came prepared. "I had seven or eight concept artists put boards together," he recalls, "and I interviewed my kids and a lot of their friends to hear what they thought about the book."

For two hours, he laid out his vision, helped by stacks of images from artists including Max Beckmann that he'd lined around the walls and by the short film featuring his teenage twins, Claudia and Jack, explaining why the book meant so much to them.

"It's such a beautiful story about someone who has to learn to trust, who cares only about herself and her sister and learns to care about other people," he notes.

Numerous actresses were considered for the lead -- among them Hailee Steinfeld (True Grit), Shailene Woodley (The Descendants) and Abigail Breslin (Little Miss Sunshine) -- but Ross never felt he had the right person. He needed a woman young enough to play a teenager, vulnerable enough to capture audiences' emotions and strong enough for this endurance test.

Then he met Lawrence, fresh off an Oscar nomination for Winter's Bone, the 2010 indie release that put her on the map.

Sitting with Ross in a very un-chic Indian restaurant in Hollywood, where he knows every dish by heart, his belief in her comes through almost by osmosis. "There was such a power and an intensity and a command," he says. "I was floored."

But Lawrence hesitated, aware this could take her from being respected by peers to the center of a pop-culture tornado -- precisely the fate that had befallen Kristen Stewart with Twilight.

"It was the middle of the night in England, and I was in bed when I got the call," she remembers. "I was so in love with the books and the script, and suddenly it was right in my face -- and the size of the decision was terrifying."

Three days later, however, Lawrence said yes, even though the pay was a modest $500,000 (about what Stewart received for the first Twilight), plus "escalators," bonuses based on the movie's performance.

And yet he stayed calm, despite the pressure, even when Lawrence was rushed to the hospital in North Carolina, days before shooting.

On the last day of her six-week training phase, in which she'd become an expert at using a bow and arrow, climbing and jumping, she hit a wall -- literally. "I had to do 10 'wall runs,' where you run at the wall as hard as you can to get traction," she recalls, explaining that her trainer would make her race at maximum speed to gain the momentum needed to propel her up. "I ran at it and my foot didn't go up, so I caught the wall with my stomach. My trainer thought I had burst my spleen. I had to get a CAT scan and go into a tube where they put this fiery liquid in your body."

Fortunately, she was in great shape from her previous film. "I was still pretty bulked up from X-Men: First Class," she says. "So a lot of the training was getting muscle back, heightening the muscles without building them. I loved the archery -- well, I have a love-hate relationship with it." With her trainer holding her hand, Lawrence learned she was badly bruised but nothing was broken -- and work could continue.

"The pressure is always to go where it's cheapest," says Jon Kilik (Babel), who joined Jacobson as a producer, citing Eastern Europe, Louisiana and Georgia as possibilities that came up. "But we wouldn't have found the Americana that gave Gary the verite he demanded. It's like he carried a lie detector around with him and could tell if the look was contrived."

Then there were the bears, some 300 living in the woods, that would come out at the slightest scent of food. And there was the 100-degree heat and rain that showered daily, almost precisely at 4 p.m., at least allowing Ross an opportunity to give his team a break. Between the rain and losing light early behind the trees, "we'd only get to shoot four or five hours a day," he says.

Here are some photos plus some behind the scenes shots and a video: 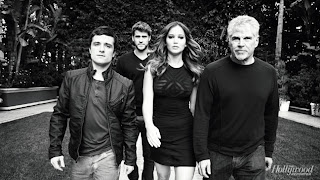 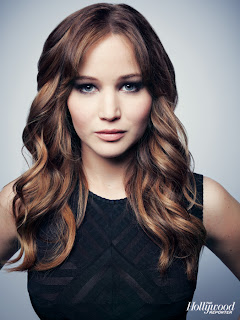 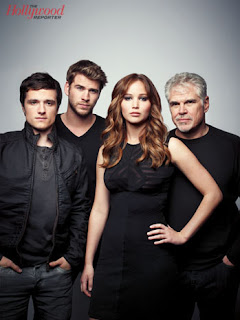 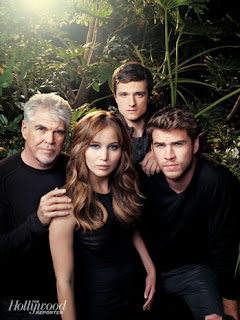 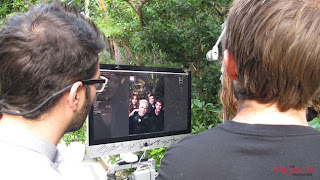 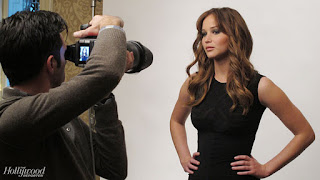 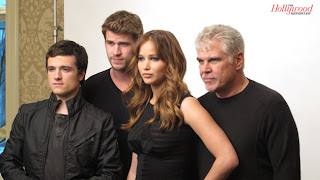 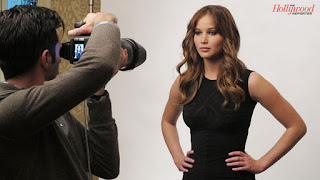 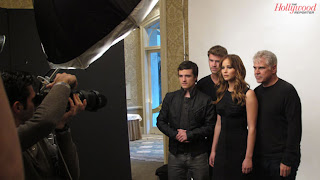 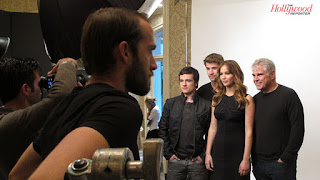 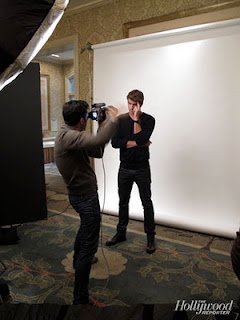 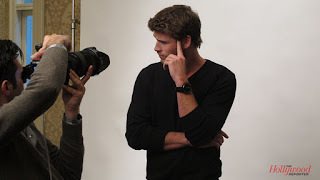 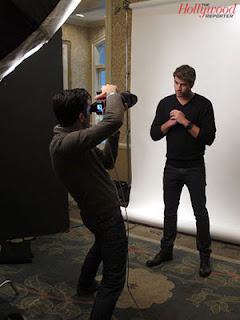 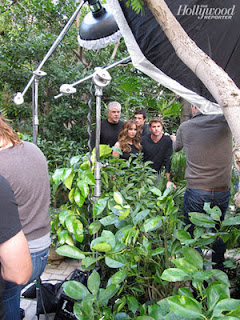