Lenny Kravitz talks to Rolling Stone about The Hunger Games plus a new still! 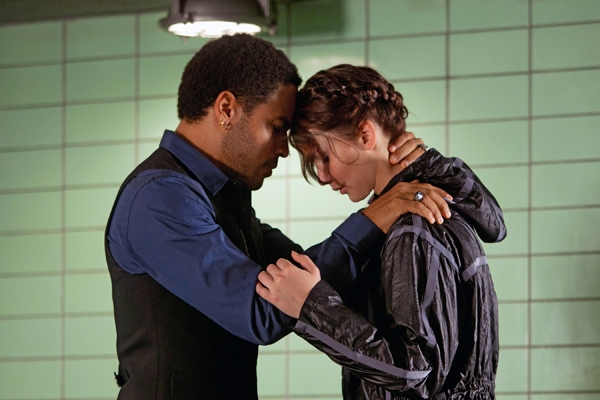 Lenny Kravitz spoke to Rolling Stone about The Hunger Games. Here's what he had to say:


Kravitz took the role after meeting with director Gary Ross (Pleasantville) and reading the first book of the best-selling trilogy by Suzanne Collins. “I thought it was really good storytelling,“ Kravitz says. “I’m very much into stories. The character was interesting. I like Gary’s previous work. And I said, Yeah, let’s go.”

In The Hunger Games, his character creates a series of striking outfits for the young warrior, which isn’t exactly a stretch for the stylish rocker. “He’s very streamlined, he’s very quiet,” Kravitz says of Cinna. “He knows what he’s doing. He’s confident. He’s got a big heart. I just liked the way he moved – very smooth.”

As a musician, Kravitz is used to being in total control of his work – writing, performing and producing – and that control reflects on him as an artist. “It’s about me, as it should be,” he says. “But in this case, it’s got nothing to do with me. It’s about a director’s vision, a character, and I really like that.”


Read the rest at the source
Posted by Tiffany at 11:54 AM