Hunger Games to have IMAX One Week Release 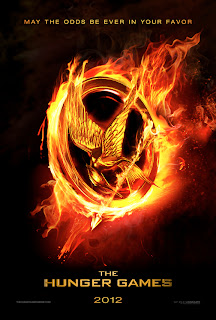 LOS ANGELES, Feb. 2, 2012 /PRNewswire via COMTEX/ — IMAX Corporation IMAX +0.03% CA:IMX +2.07% and Lionsgate LGF +3.97% today announced that Lionsgate’s The Hunger Games, the first installment of the trilogy based on Suzanne Collins’ bestselling novels, will be digitally re-mastered into the immersive IMAX® format and released in IMAX® digital theatres in North America day-and-date on Friday, March 23, 2012. The film will have a limited one week engagement in IMAX theatres.
Written and directed by Gary Ross and produced by Nina Jacobson’s Color Force in tandem with producer Jon Kilik, The Hunger Games: The IMAX Experience stars Academy-award® nominated actress Jennifer Lawrence, Josh Hutcherson and Liam Hemsworth. Suzanne Collins’ best-selling novels have already developed a massive global following, with more than 23.5 million print copies in the United States alone.
“With this news, the release of The Hunger Games has truly become an epic event,” said Lionsgate’s Joe Drake. “The Hunger Games and IMAX are a match made in heaven – fans love this book because its world is so vividly imagined and seeing the film in IMAX will make them feel as if they have landed right in the middle of the action. It is the ideal way for fans to experience this film for the first time.”
“The Hunger Games is one of the most popular properties in recent memory and we’re excited to offer this passionate fan base the opportunity to experience this exciting adventure in the most immersive way,” said Greg Foster, Chairman and President of IMAX Filmed Entertainment. “We’re proud to kick off our relationship with Lionsgate around this highly anticipated film that will make a strong addition to our 2012 film slate.”
The IMAX release of The Hunger Games will be digitally re-mastered into the image and sound quality of The IMAX Experience® with proprietary IMAX DMR® (Digital Re-mastering) technology. The crystal-clear images coupled with IMAX’s customized theatre geometry and powerful digital audio create a unique environment that will make audiences feel as if they are in the movie.