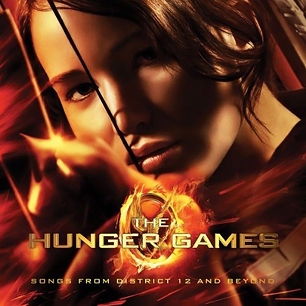 
The musical companion to "The Hunger Games" emerged as the clear leader on this week's pop chart, bolstered by contributions from the likes of Taylor Swift, the Arcade Fire, the Decemberists and Maroon 5, among many others. The disc, "The Hunger Games: Songs From District 12 and Beyond," sold 175,000 copies in its first week of release, according to Nielsen SoundScan, easily placing it ahead of longtime chart ruler Adele.

However, "The Hunger Games" didn't quite dominate the music industry in the way it did the film business this past week, as the instant blockbuster debuted with a staggering $155 million take at the box office, but it is the first soundtrack to top the Billboard charts since "Michael Jackson's This Is It" did so in late 2009. Yet the soundtrack, released by Universal Republic, is something of a stand-alone set piece, as only three of its 16 tracks are actually in the film. Those that made the cinematic cut can be heard in the end credits.

This is INCREDIBLE news! First soundtrack to top Billboard charts since "This Is It"?! Amazing!
Posted by Welcome to District 12! (Courtney) at 2:07 PM